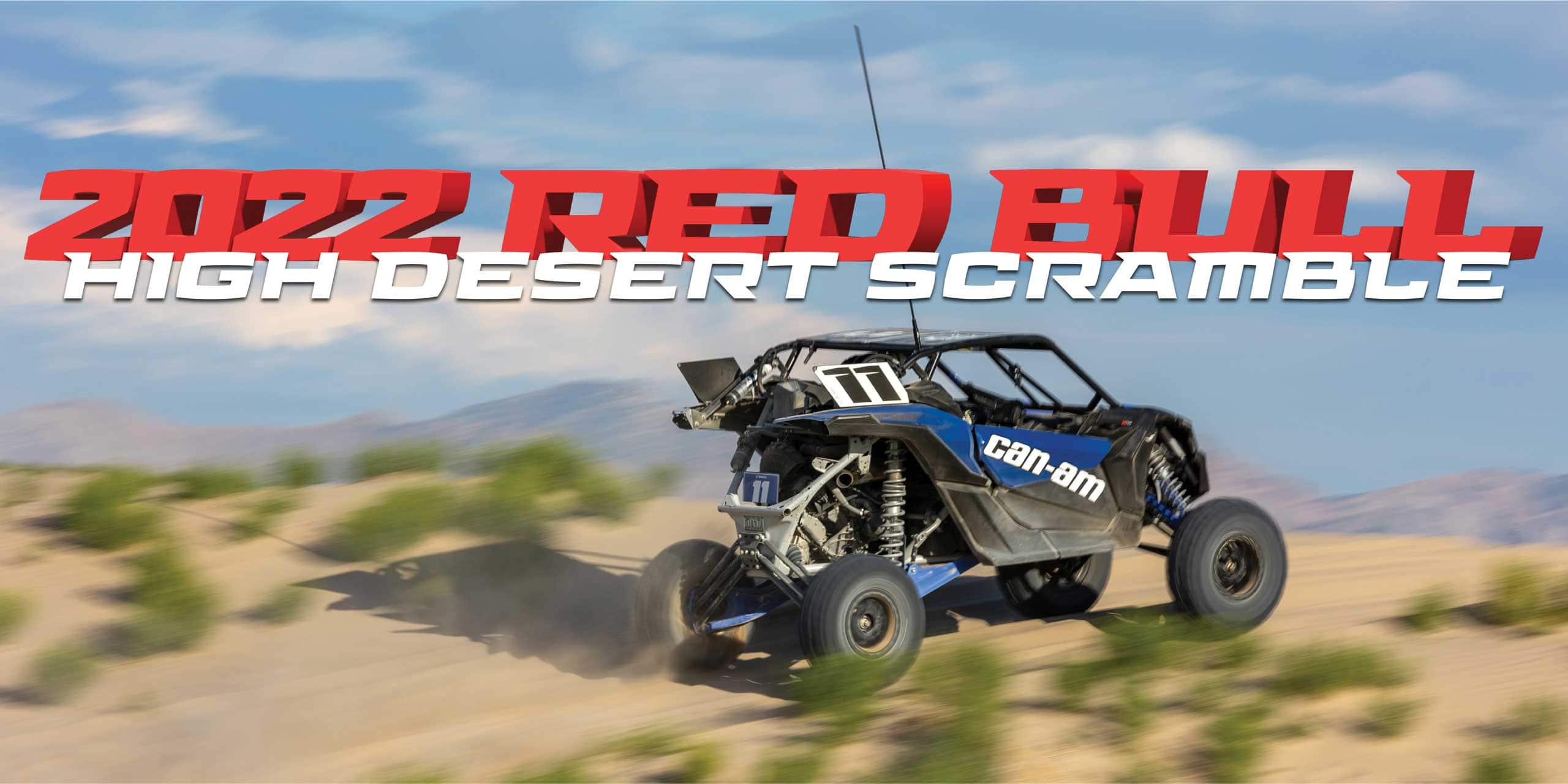 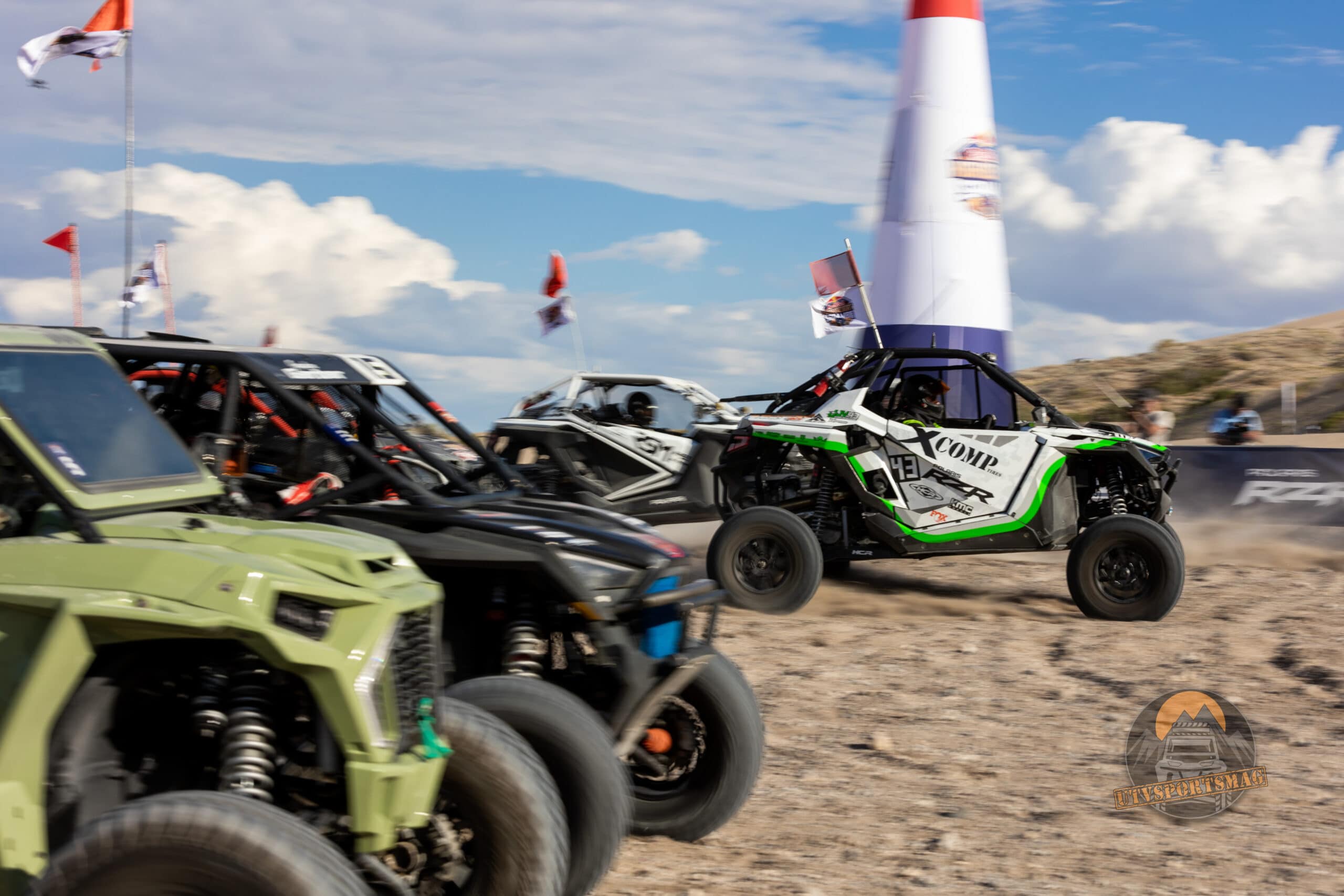 Just a few hours from the city of Salt Lake City is the Little Sahara Sand Dunes, a stunning park with so many different things to see and do. The Red Bull Scramble Series descended upon this park, specifically Sand Mountain, for the next round of action-packed racing in their High Desert Scramble. This park and its 124-square-mile free-moving dunes are mainly formed from sand left over from the Sevier River, which used to flow into the old Lake Bonneville. A grueling 5.5-mile course built around these khaki-colored mounds showcased everything from tight and technical sections, silt beds and giant drop-offs in the dunes… This race brought it all. 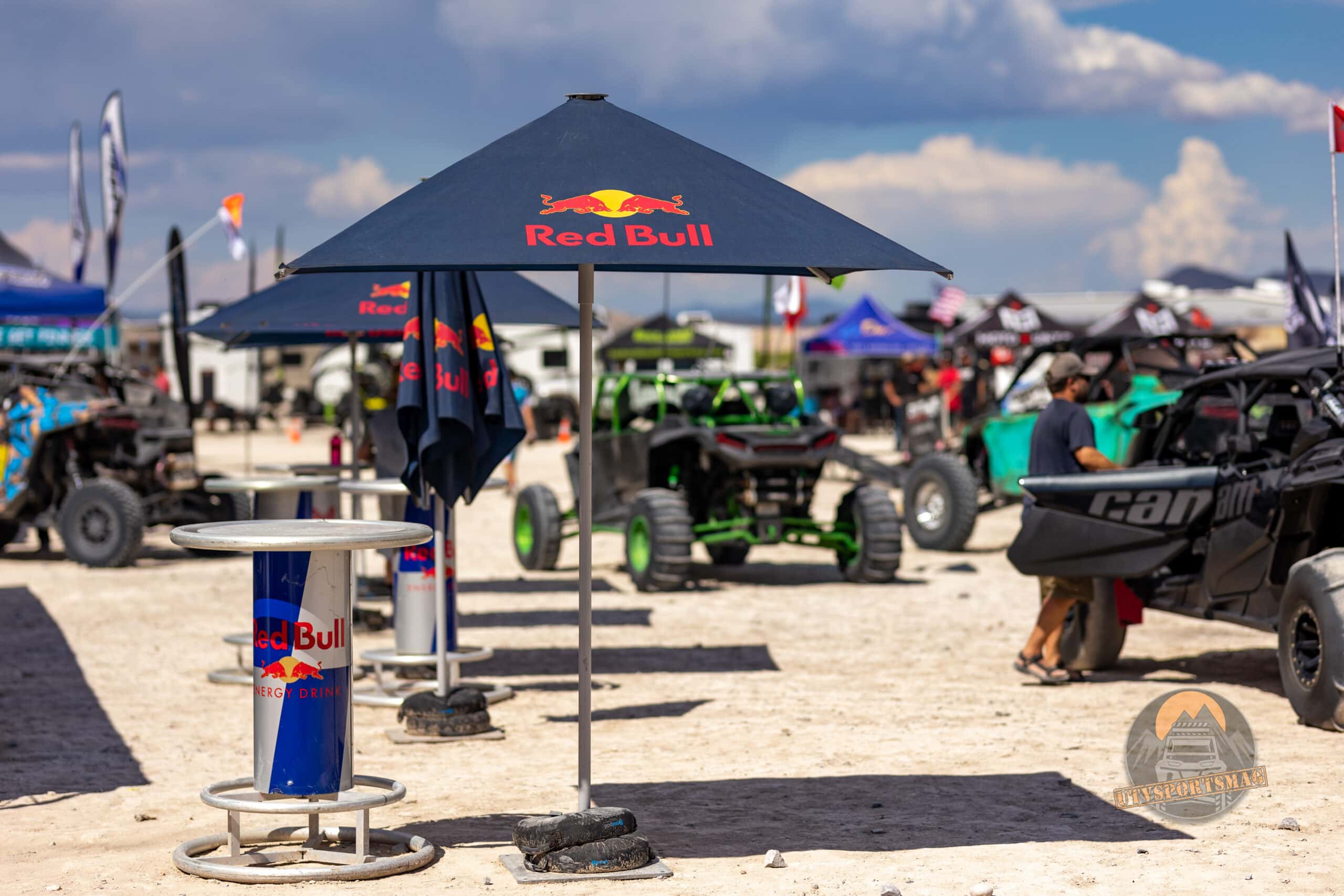 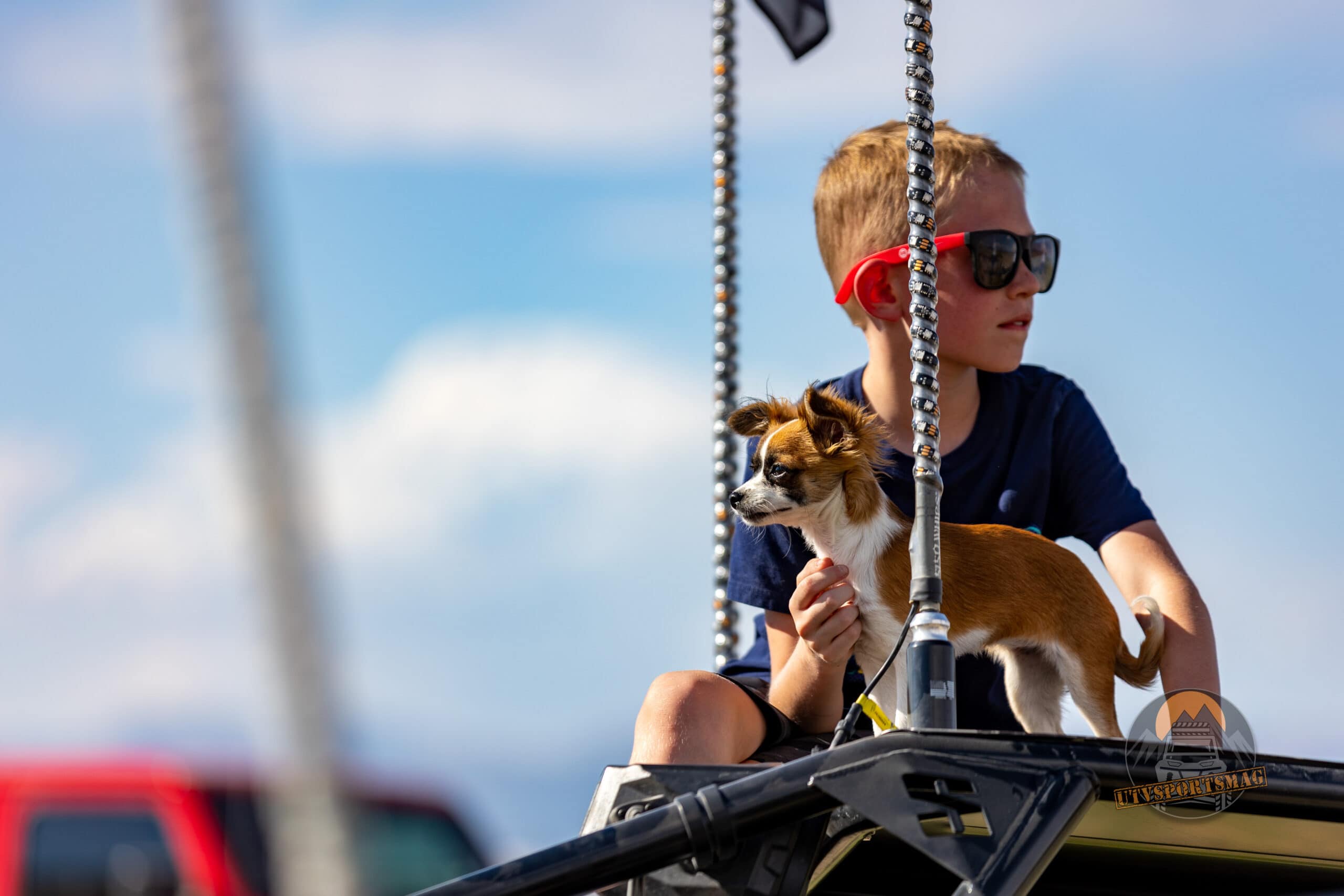 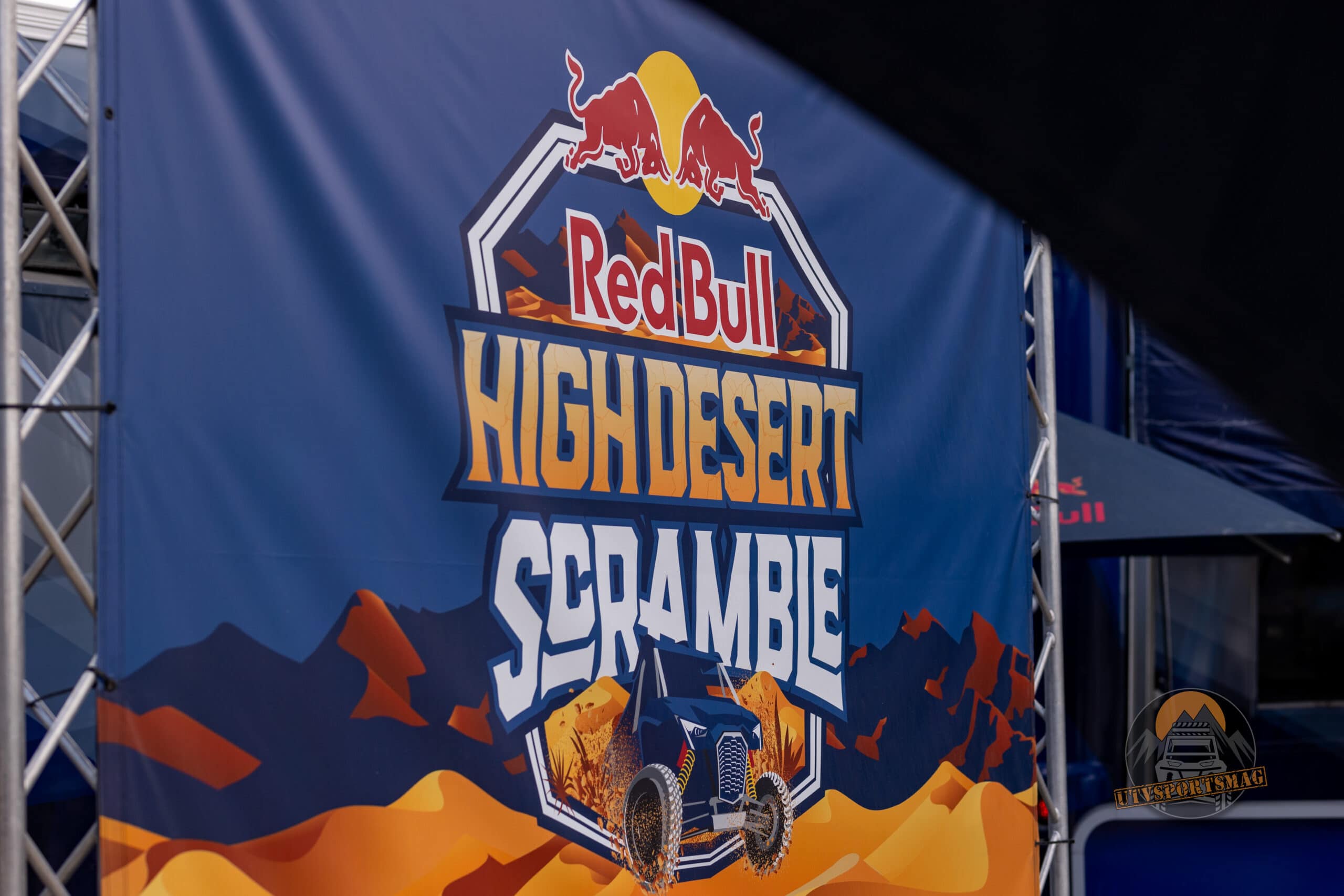 On Saturday morning, they allowed the classes one site lap before the various heats began to give the drivers a lay of the land prior to their three-lap qualifying round. SXS Pro would line up first, and this was a deep field with drivers such as Seth Quintero, Jake Versey, Riley Snow, DJ Osborne, and Paul O’Brien to name a few. And in SXS Sportsman, you had a larger number of drivers enter the competition with a wide variety of UTVs from the new Polaris Turbo R to an RS1, Can-Ams, and even a few Yamaha YXZ builds thrown in the mix. Once the results were posted, it would be Paul O’Brien in his Can-Am starting first in SXS Pro class and Colton Larson taking pole position in SXS Sportsman driving the company Turbo R machine which was also testing an R&D clutch system.

After the heats came to a close, we had quite the break until the finals began, but that didn’t stop the party one bit! Red Bull had some fun planned with help from UTV Invasion who held one of their events over the weekend. They held water balloon fights, seesaw competitions, and so much more to provide a bit of light hooliganism for everyone involved, no matter the age. To add to the shenanigans at camp, you had nothing but trails to run and the beautiful park to explore before suiting up for the finals. 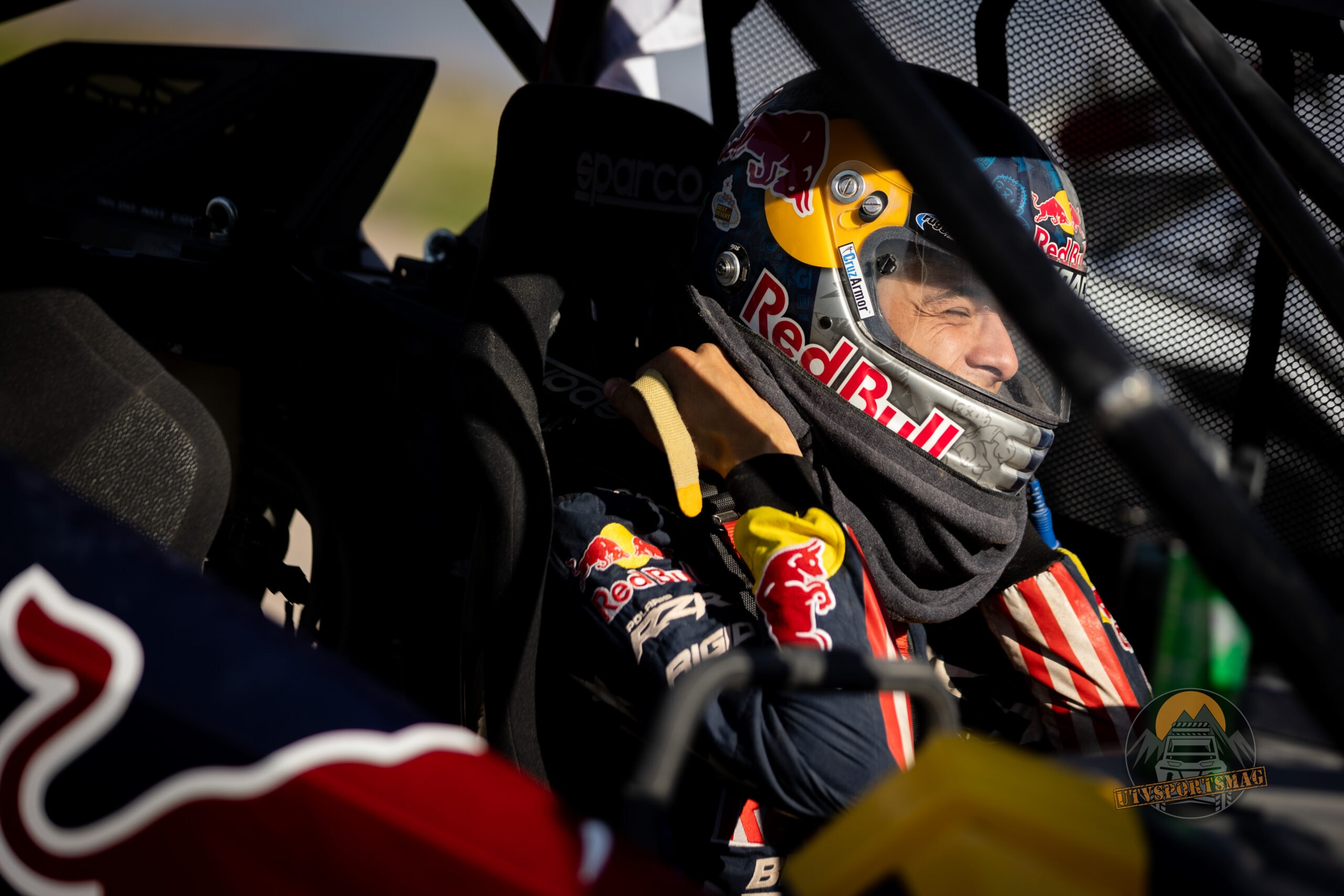 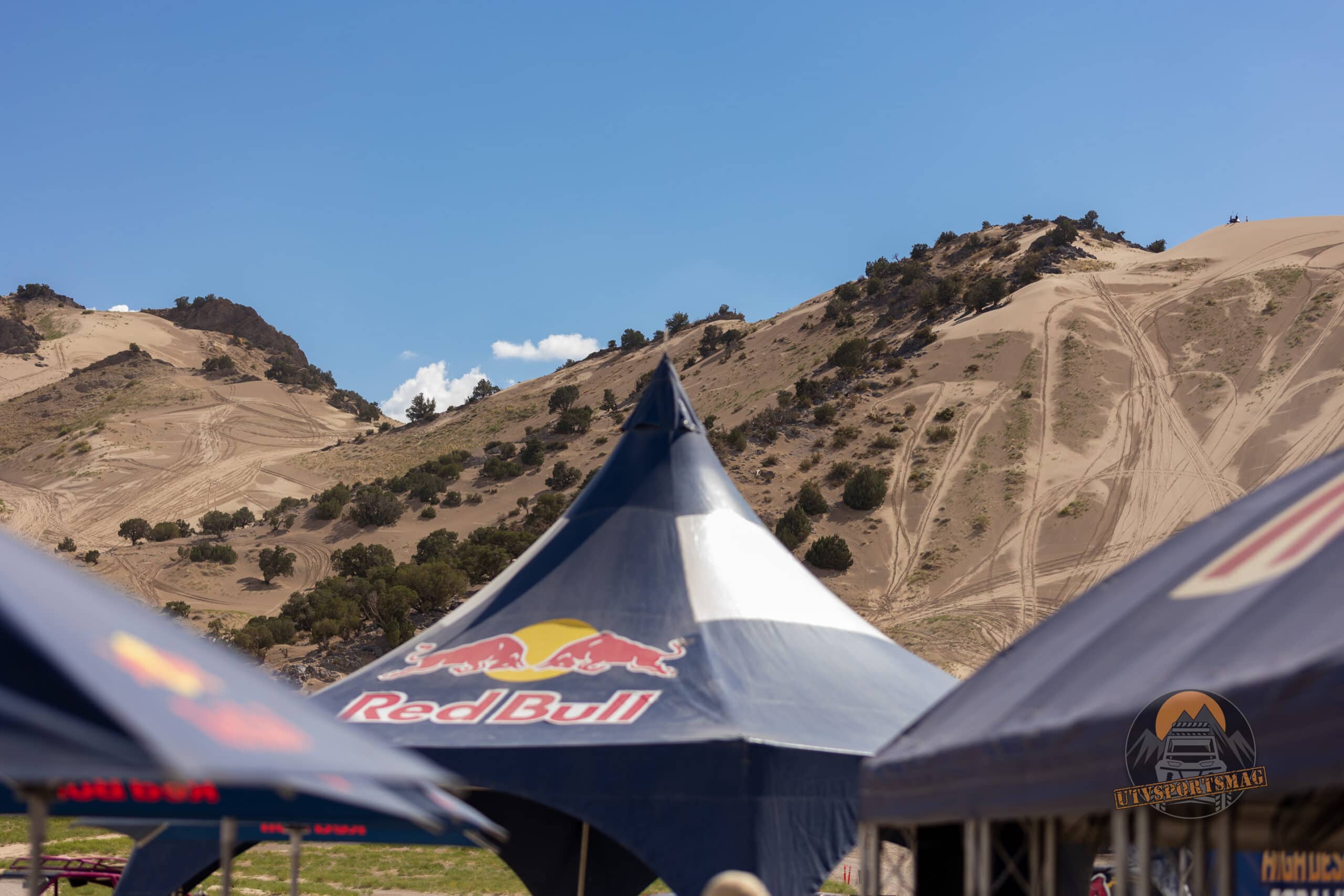 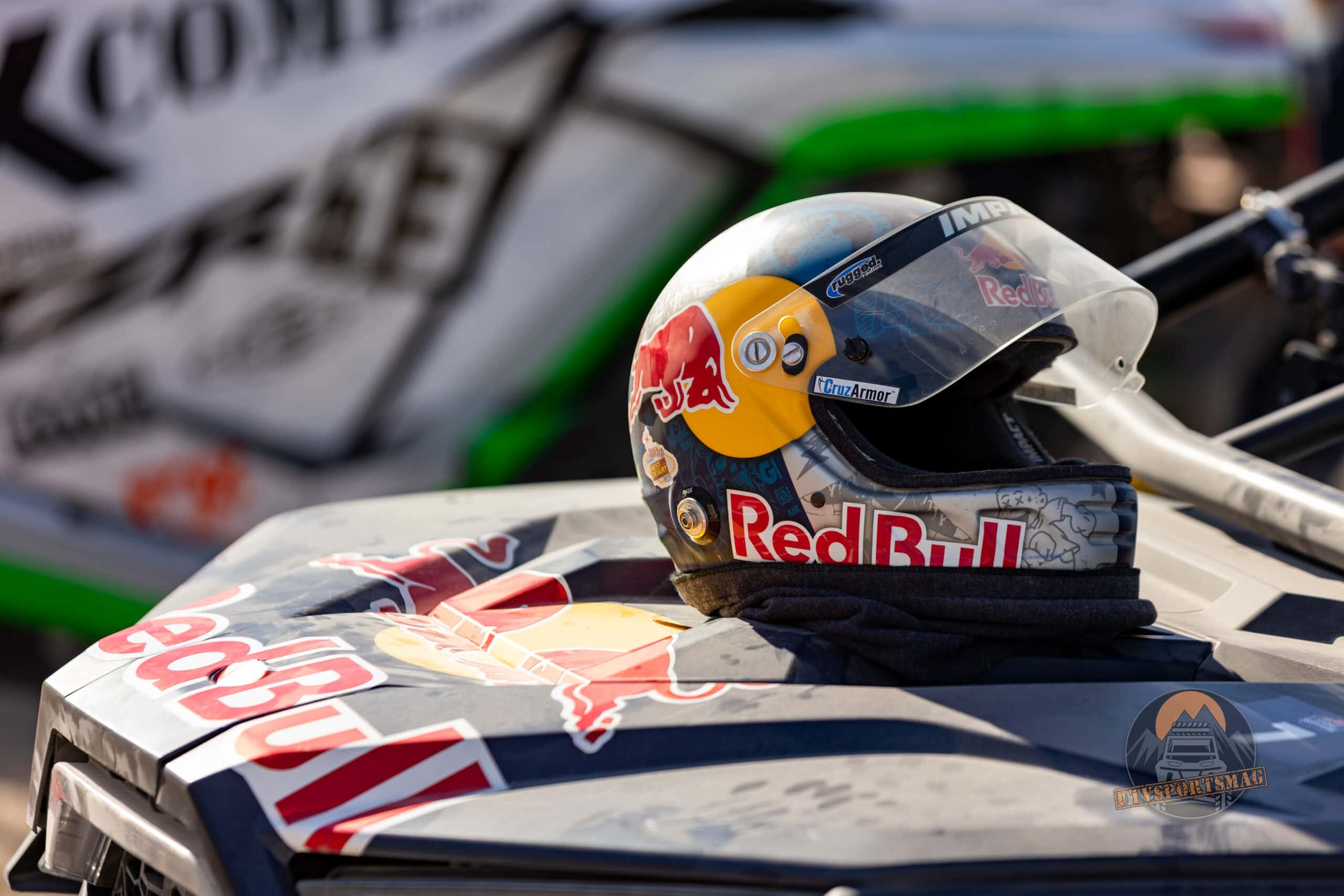 I had the pleasure of running the course in the morning and then again before the last stages started. It was insane witnessing the change on-track in just those six laps. The deep sand began to give way, and right underneath were tree roots and large rocks which weren’t visible in the morning. So, with each passing lap, new obstacles would begin to come into play. While Polaris usually has an advantage with the narrower wheelbase, they had to be driven harder than other machines because of the deep ruts forming throughout the day. 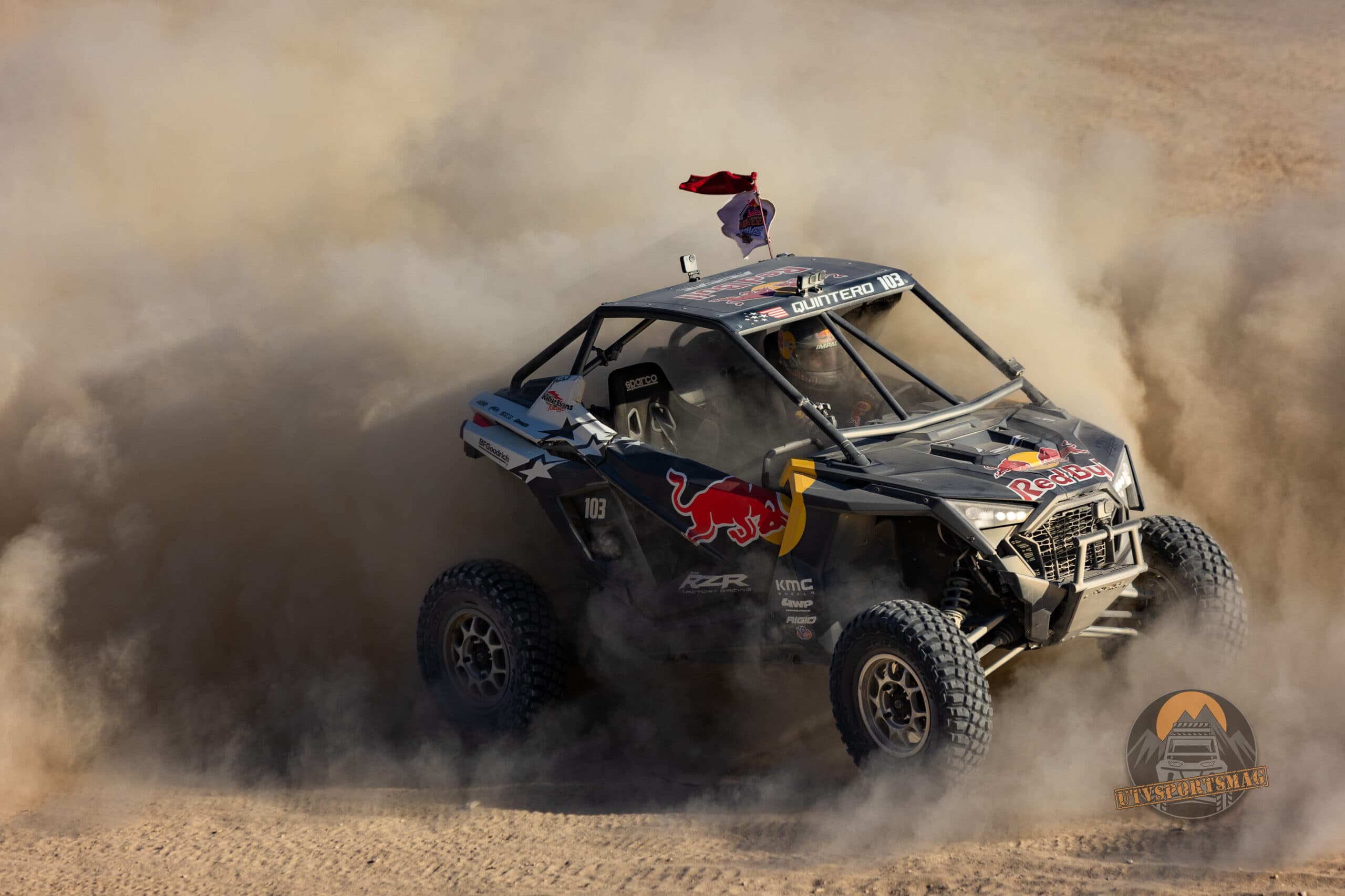 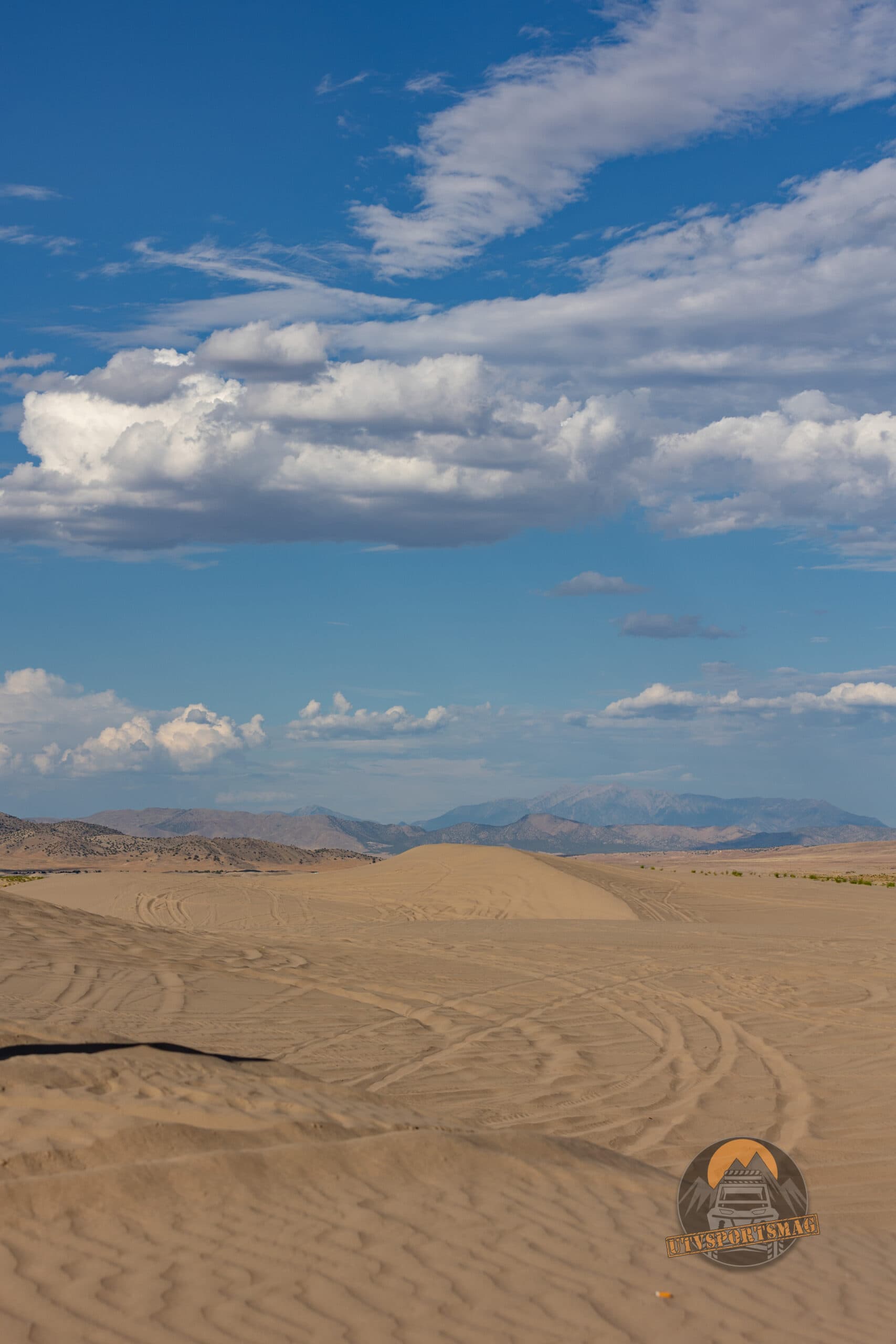 When finals began, the classes would switch with Sportsman going before the Pros, lining up at 5:00 PM to try allowing the temperatures to drop. With this course as technical as it was, a great starting position would be extremely vital to a team’s race with limited passing opportunities. Colton Larson would pull away quickly with the extra horsepower in his Polaris after grabbing a holeshot which would set his eyes on the checkered flag. He was also the only racer in Sportsman that would crack the 8-minute mark during his first lap completing it in 8:45.

The biggest surprise performance was from Devin Smith, who would nab the 4th starting position driving the only Polaris RS1 in the field. Smith came out of the gates fast, managing to become first off the line. But he was unable to beat Larson down the straightaway – entering the first turn in Fourth. Over the final two laps, he would make up some time and cross the finish line in Second just over a minute and thirty seconds behind the leader. Matt Tychsen would round out the podium behind Smith during a hard-fought in his thumb-controlled UTV. Thereafter, the Pros lined up with a deep field at the front line: Quintero, Snow, O’Brien, and Versey, among others. As the green flag dropped, O’Brien blasted off the line and set quite a pace ahead of his stiff competition. With the hot temperature still playing a role, both Quintero and Versey would face overheating issues which would cause them to pull off the track, taking them out of contention for the lead.

In Second place, Snow pushed his new Pro R to the finish. He was also a fan favorite after being one of the few drivers to send his UTV over a jump just beyond the finish where the fans were lined up to watch. The third step on the Pro class podium would be occupied by Jayden Gerber in the end. He began the final stage hot from the outside, sliding into this ultimate position after only the first turn, which, of course, he held until the checkered flag. 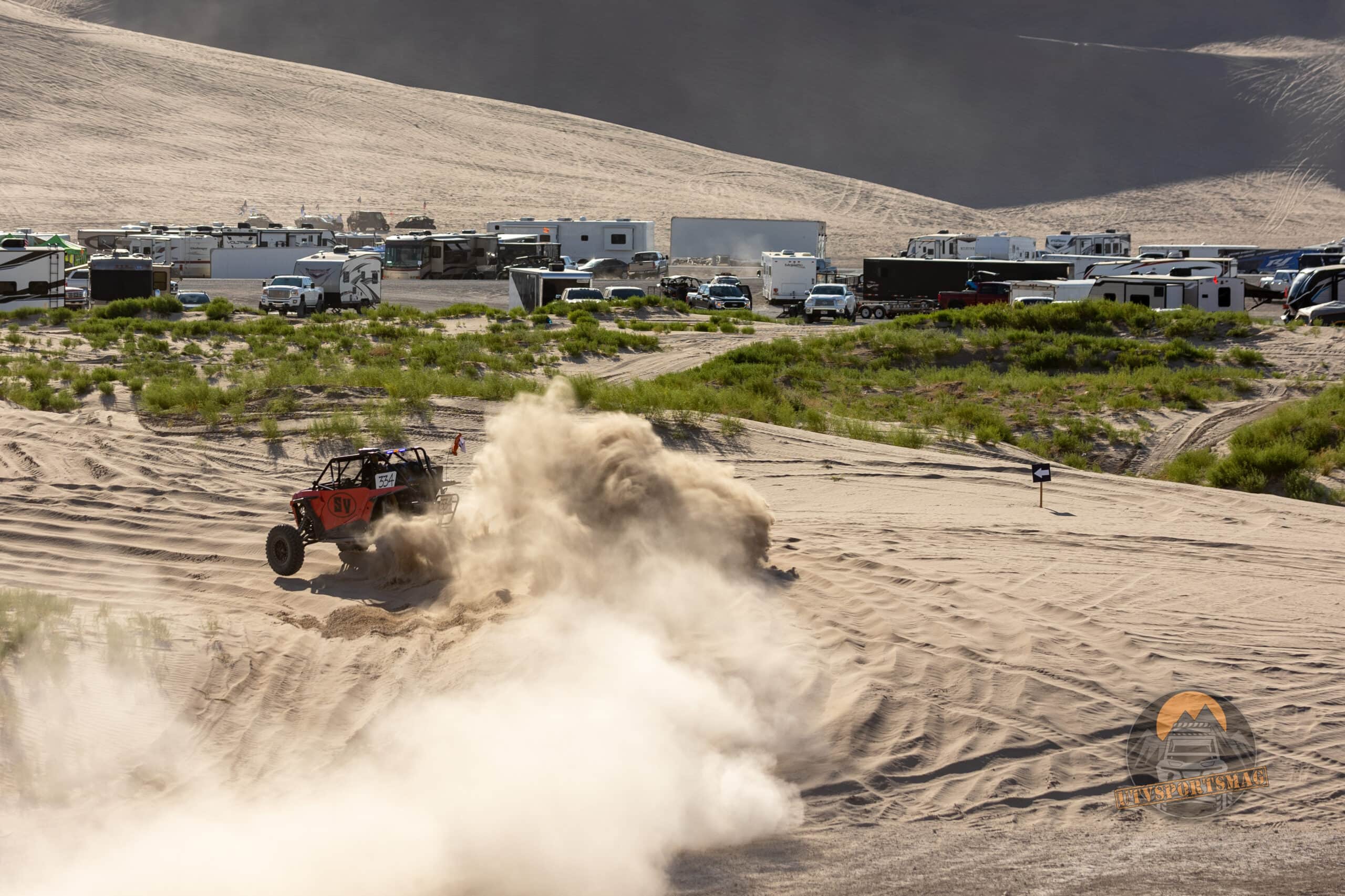 Every Red Bull race in 2022 seems to be offering its own but if mayhem, with passionate pros and grassroots racers alike gunning for glory by any (legal) means necessary. The attendance at the High Desert Scramble was as jam-packed as always, and the spectators offered the necessary energy and enthusiasm to make a good competition a great event overall. Next up on the Red Bull Scramble schedule will take place in the heart of Appalachia in Tennessee on September 17th. New scenery, fresh contestants, tuned vehicles and old spirit will surely produce another fantastic story! 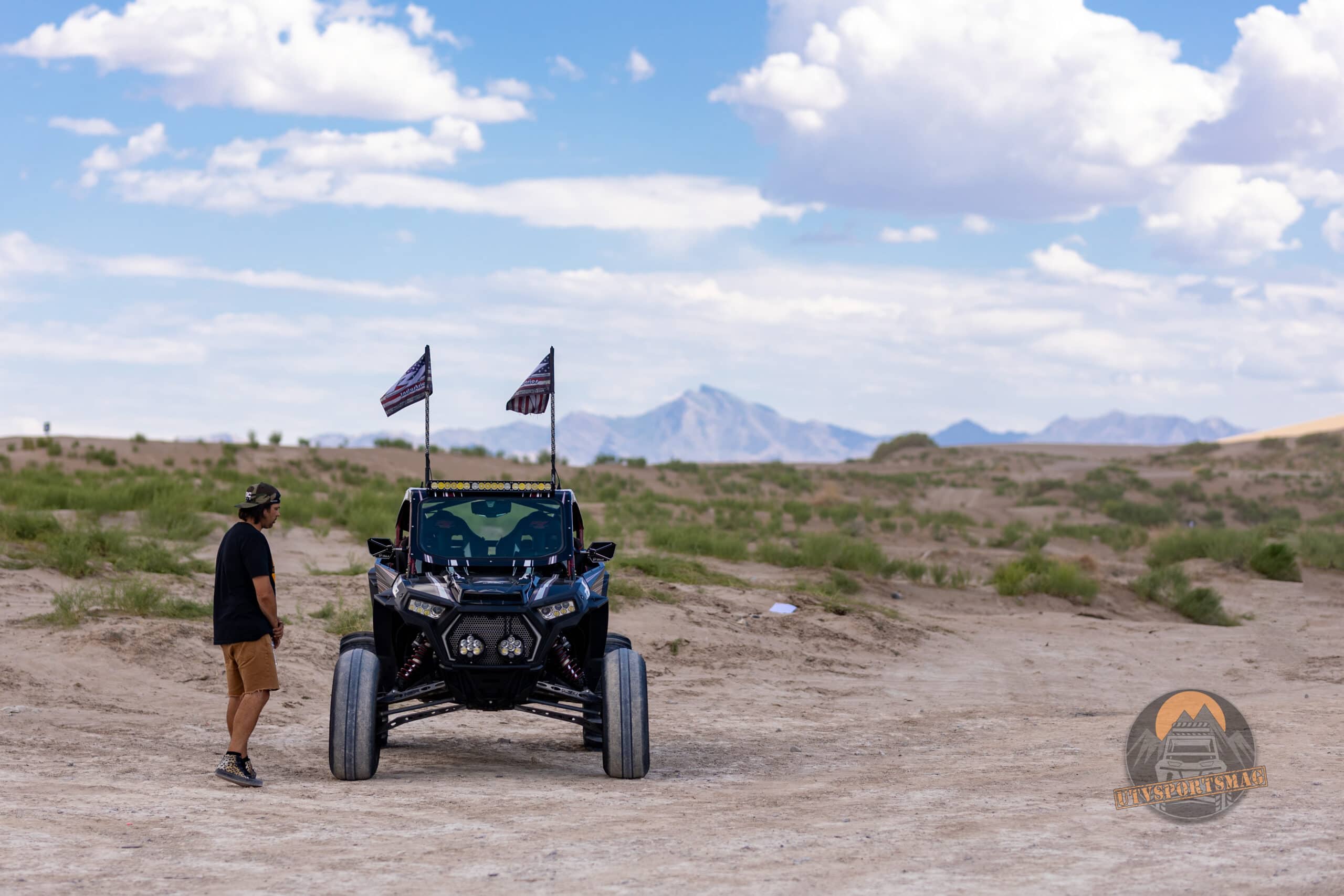 All results posted are unofficial. To see the full current results, visit: https://redbull.livemotorsports.com/results Connor Moore is an offroad and Motorsports photographer based out of Southern California. He started six years ago and has covered everything from Supercross to X Games before moving his passion onto the desert scene. You will see him covering the WORCS series as their Official Photographer, or you can check him out on Instagram as @activatephoto.