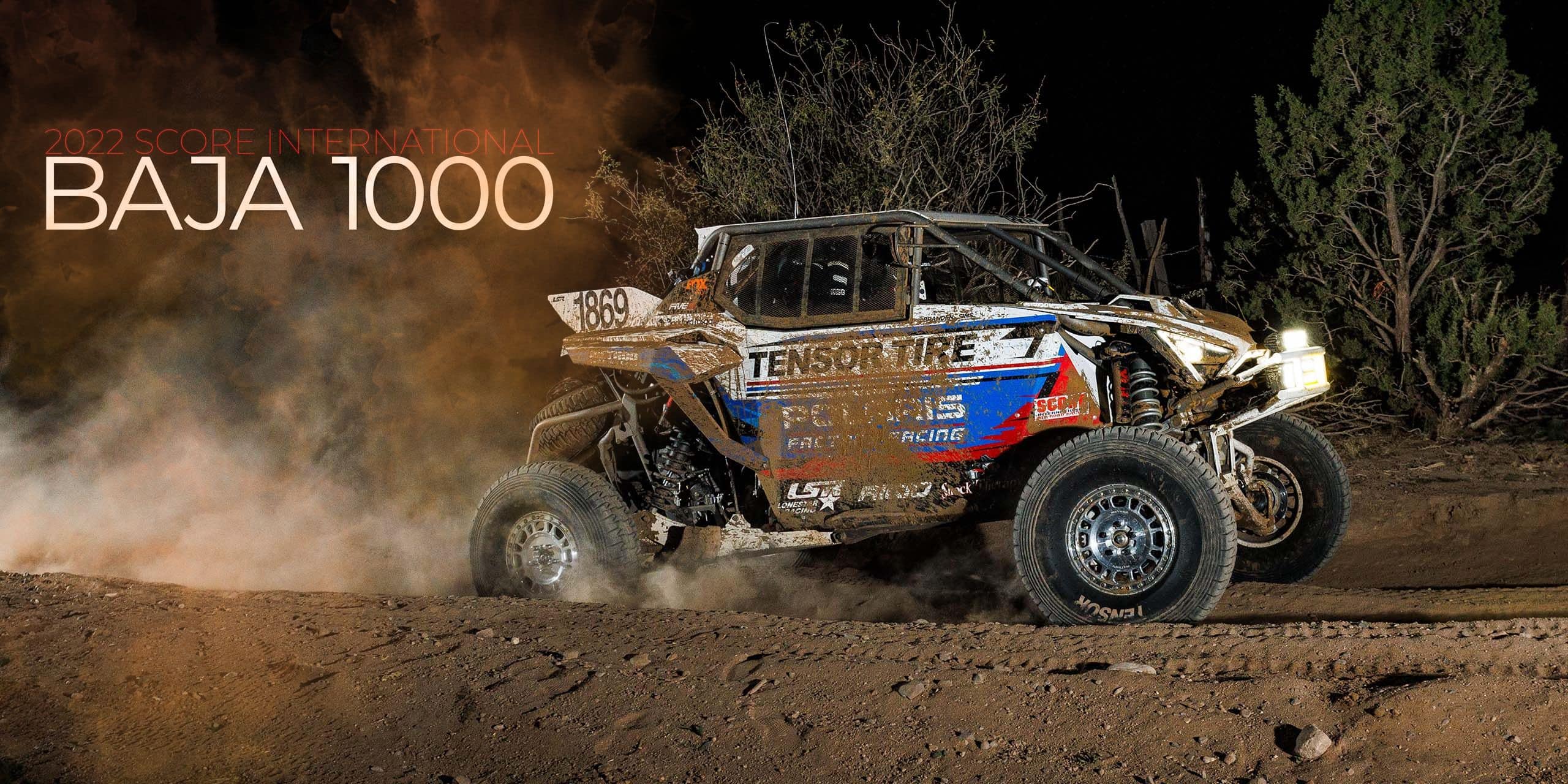 Bottlenecks and Boulders at 55th Mil in Mexico 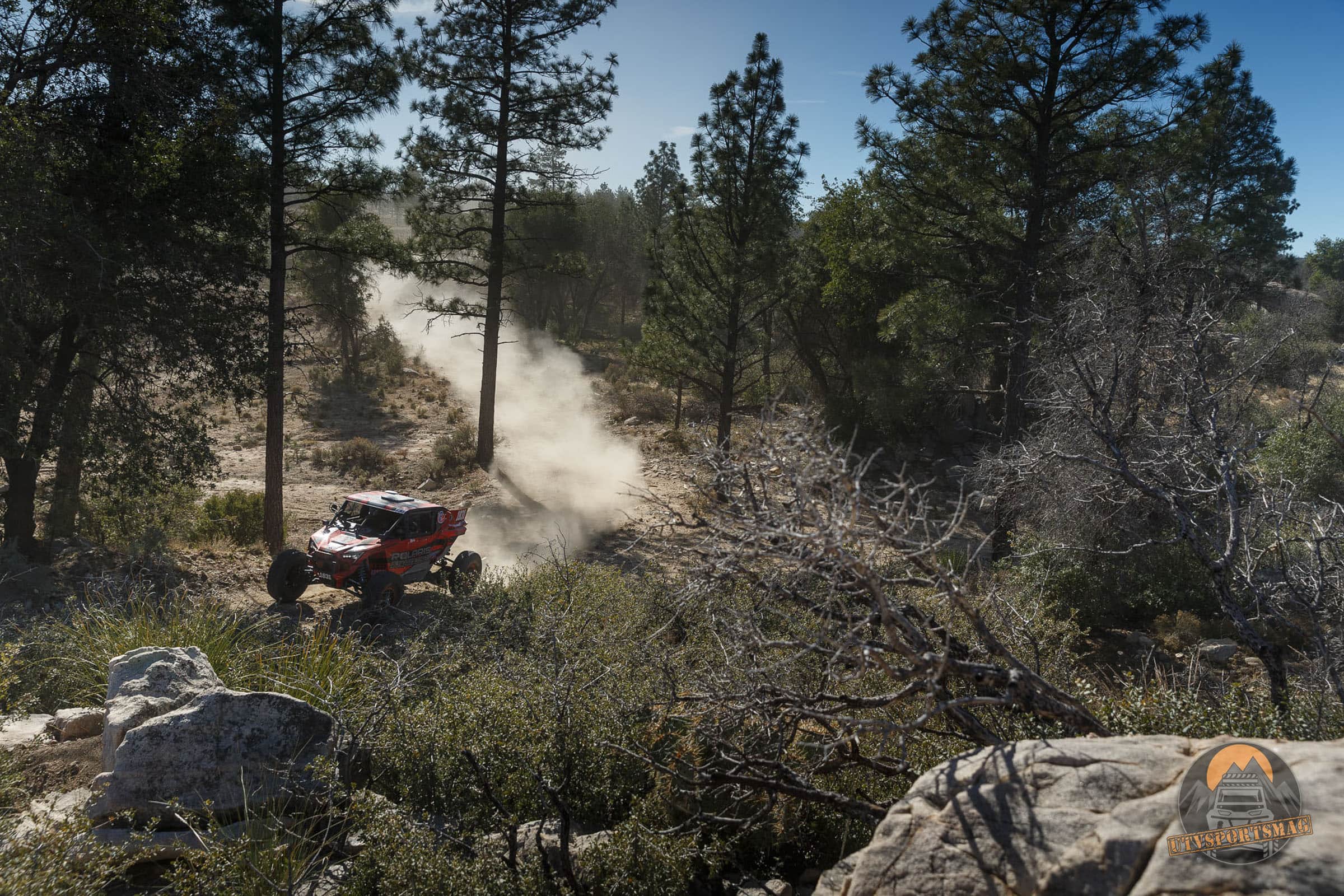 The 55th SCORE Baja 1000 was not merely a speed contest; it was a battle for survival. Featherweight all-wheel drive UTV’s can go just about anywhere with ease; the infamous silt beds in Baja cause only a little concern to most UTV racers. Boulders and bottlenecks, however, will grind anything to a halt and the Baja 1000 had both. There is no easy solution to either. This year’s course was a brutal undertaking due in part to Hurricane Kay that battered the peninsula with high winds, heavy rains, and massive flooding back in August. While the storm did clear out some of the washes, it also caused countless deep ruts and exposed rocks in places not typically known for them. 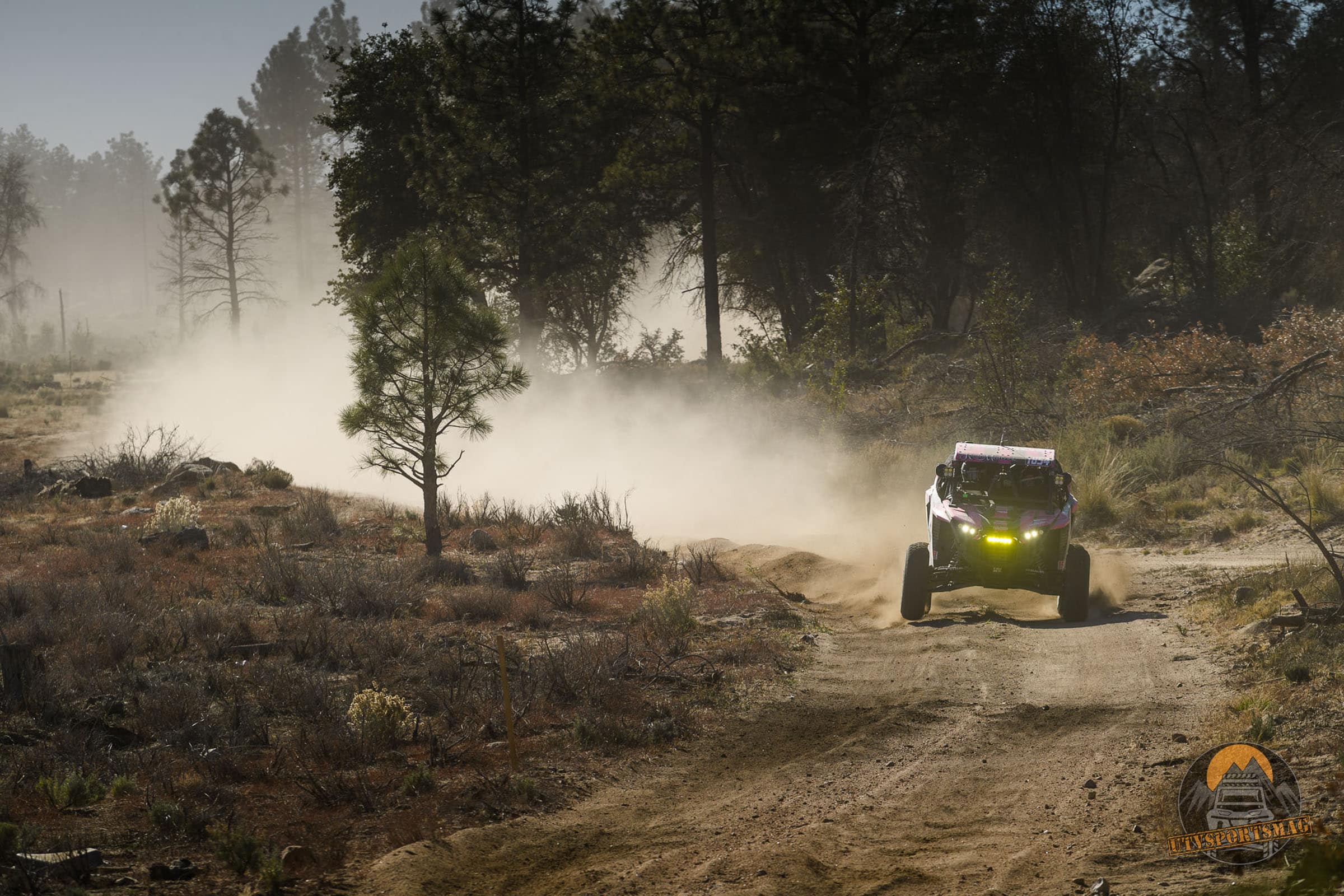 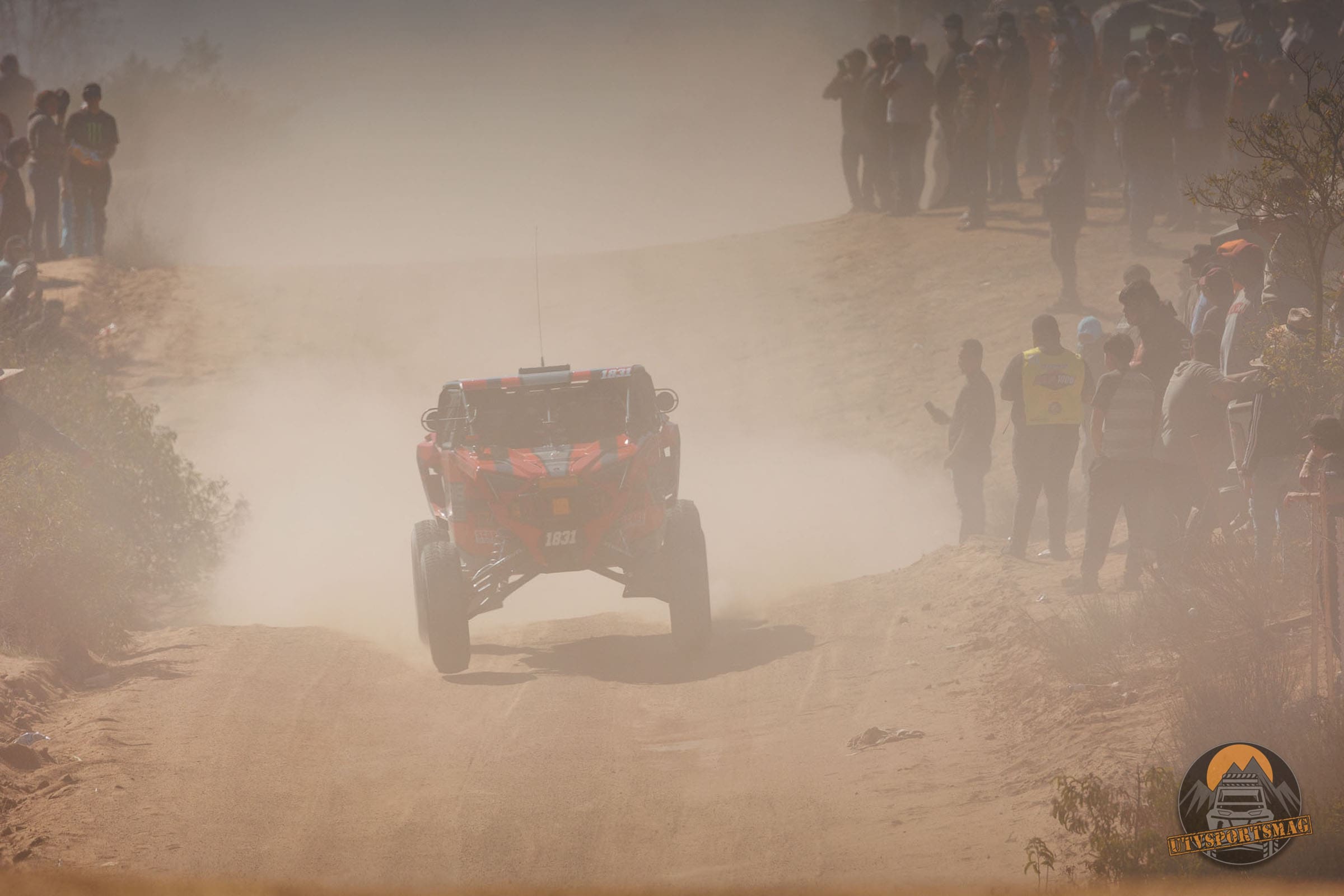 The infamous San Felipe loop was known for deep, sandy whoops. After the storm it also has piles of rocks in addition to the relentless whoops. A few washes were covered in deep sand, while others were pure rocks. The mountains were hit hard too and left severely rutted and rocky. Deep ruts that form in corners after weeks of prerunning were actually a welcomed relief as they were at least going in the direction of travel. Most of the roads were punishing, rutted, cross grain with piles of boulders. The rocks don’t care how much suspension travel you have or what your shock valving is. They can crush wheels or rip radius rods right off.

Bigger vehicles stuck on narrow mountain trails can trap racers or allow for huge gaps on the competition. It’s all a matter of luck. Every racecourse in the SCORE series this year has been called the roughest ever, because they have been. I’m not sure how planners can make it any rougher than this year’s Baja 1000, we may have finally plateaued. 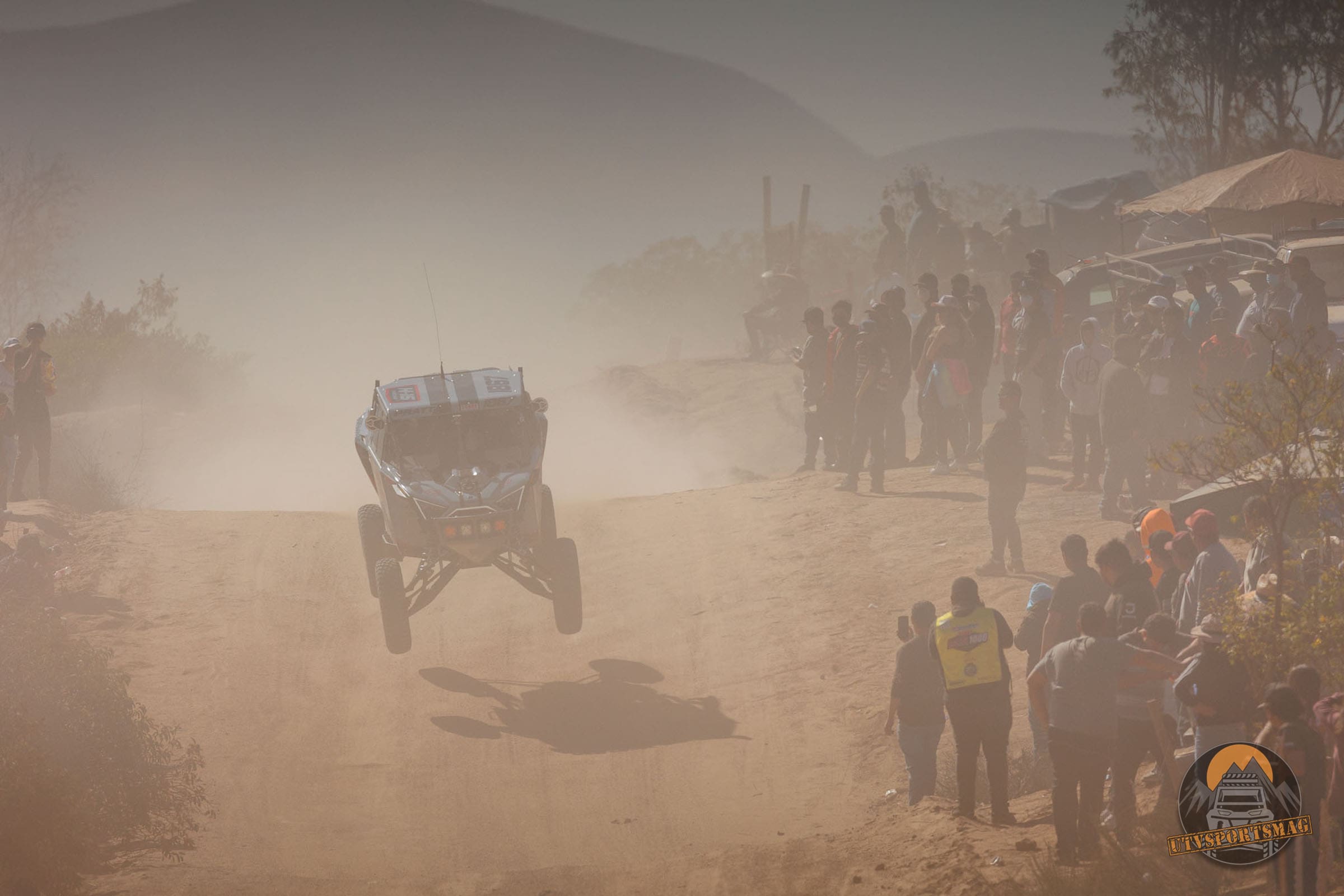 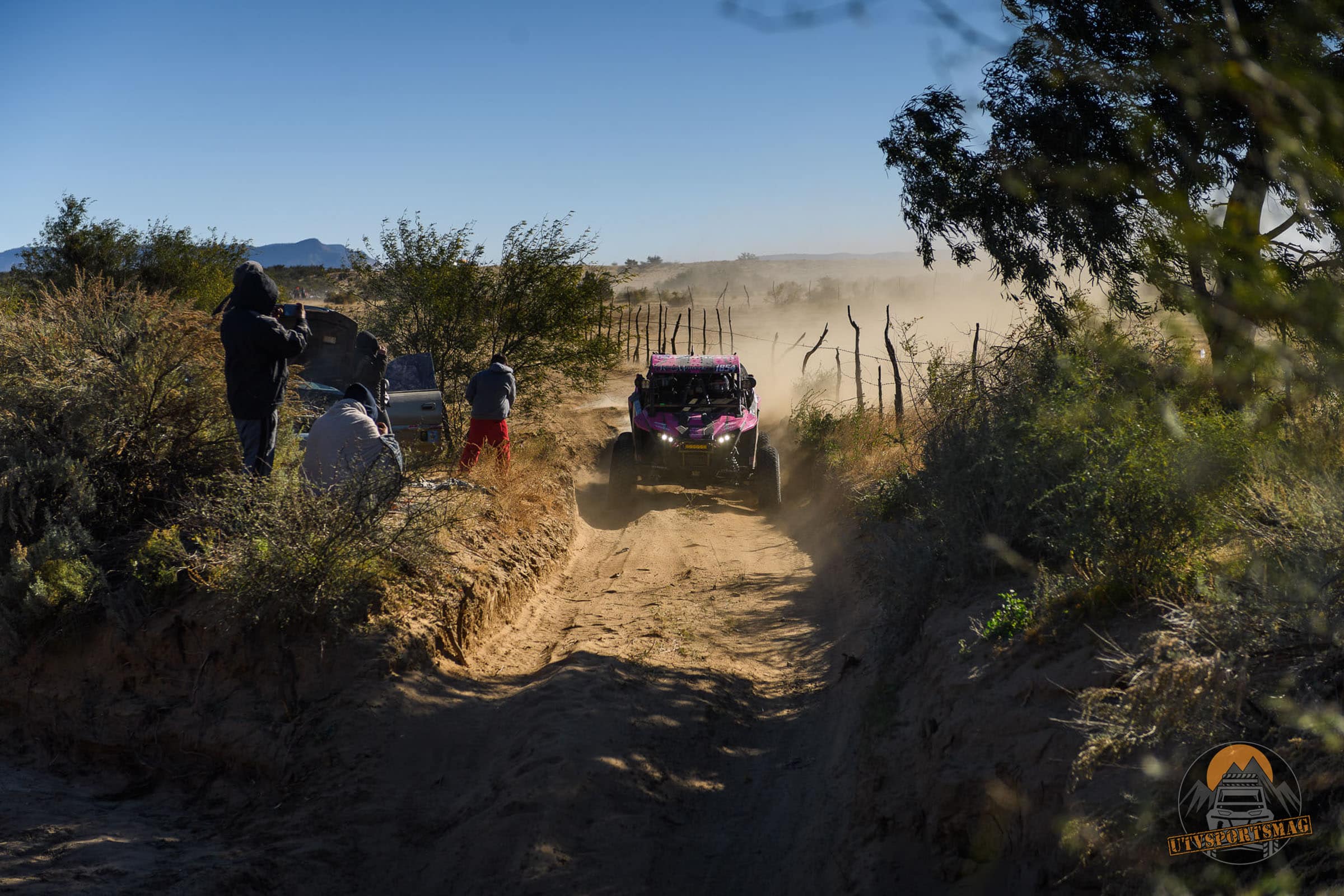 Overall winner Branden Sims got stuck in two bottlenecks caused by trucks. The first was a class 7 truck high centered on a boulder. Narrow mountain trails with steep cliffs don’t allow any room to get around. “I was the first driver stuck behind the truck,” says Sims. “I watched Weiland, Scanlon and Wayne Matlock disappear ahead of me. I thought our race was over right then. Those guys are all fast. We used recovery boards and stacked rocks to get the truck free. It wasn’t very long until I came up on another stuck truck. It was a Trophy Truck that had broken steering. It was nosed into the cliff face and could not back up at all. We used the big jacks on the truck to get the front wheels pointed in the right direction so they could move the truck. We lost about 20 minutes in the bottlenecks. We really had nothing to lose, so I hammered through the San Felipe loop.” 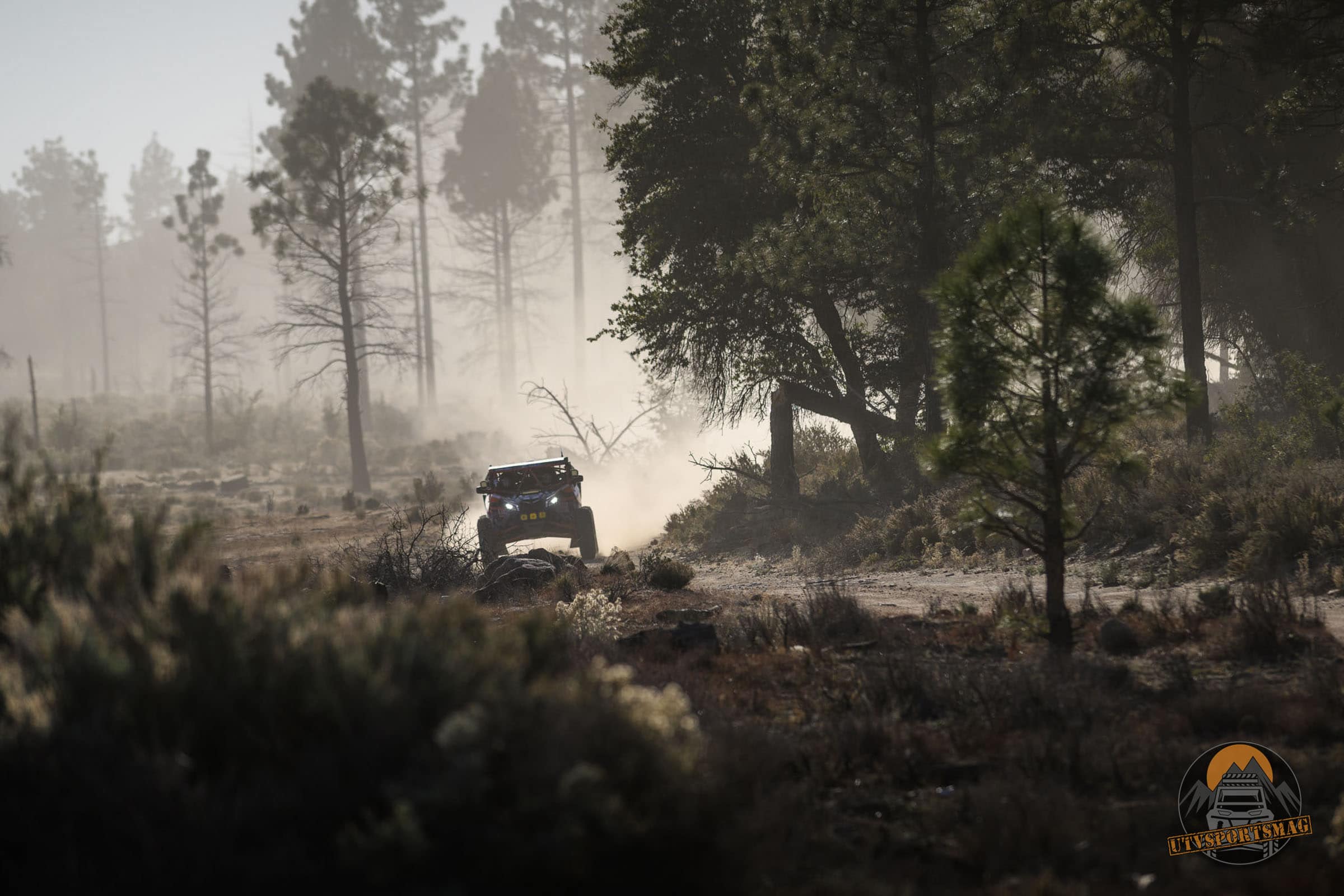 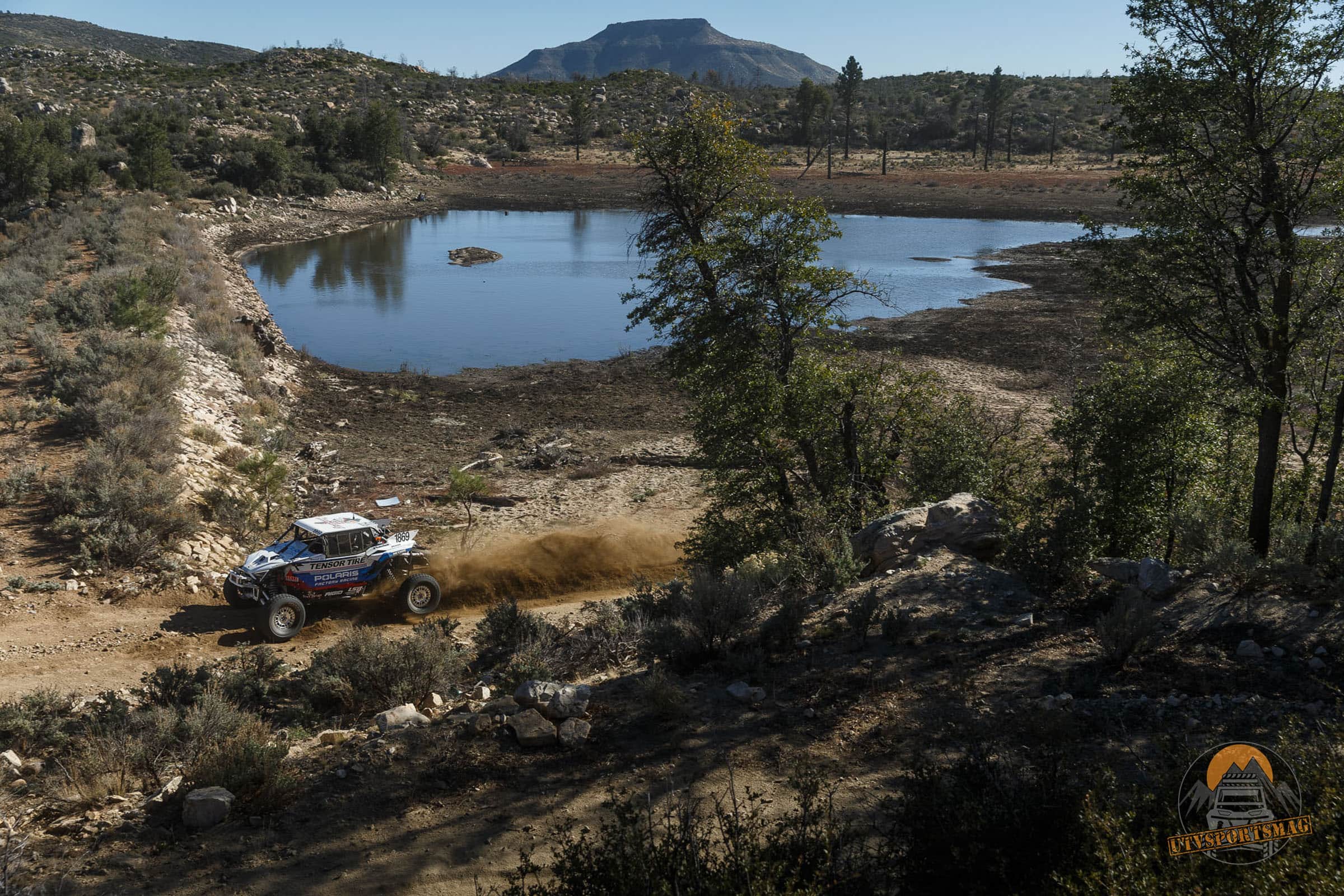 “My Pro R is mostly stock with a suspension arm gusset kit from Lonestar and some Fox shock mods. The clutch and almost everything else is stock. It works so well in the whoops we were able to go all out. We hit 107.5 miles per hour at one point; it’s a fantastic machine. Usually there are some speed zones or a fast graded road where we can grab a snack or just catch your breath. This course was brutal everywhere. We just kept pushing. Normally a Baja 1000 pace is 60 to 70 percent. We held a 90 percent pace the whole way; way faster than we should have. This is only the second race on the car and we haven’t done any testing; only race miles. We only preran about 200 miles of the course. We caught up to Matlock in the pits. He got out first but we caught and passed him in a wash. First we caught Weiland and then Max Eddy driving Scanlon’s car to take the lead. My co-driver Skyler Howell and I drove to race mile 475 where Eric Borgen and Matt Holmes took over. They had silt, fog and cold temperatures to deal with on the way to the finish but the car was perfect. The Polaris Pro R is a race car you can buy right from the showroom floor.” 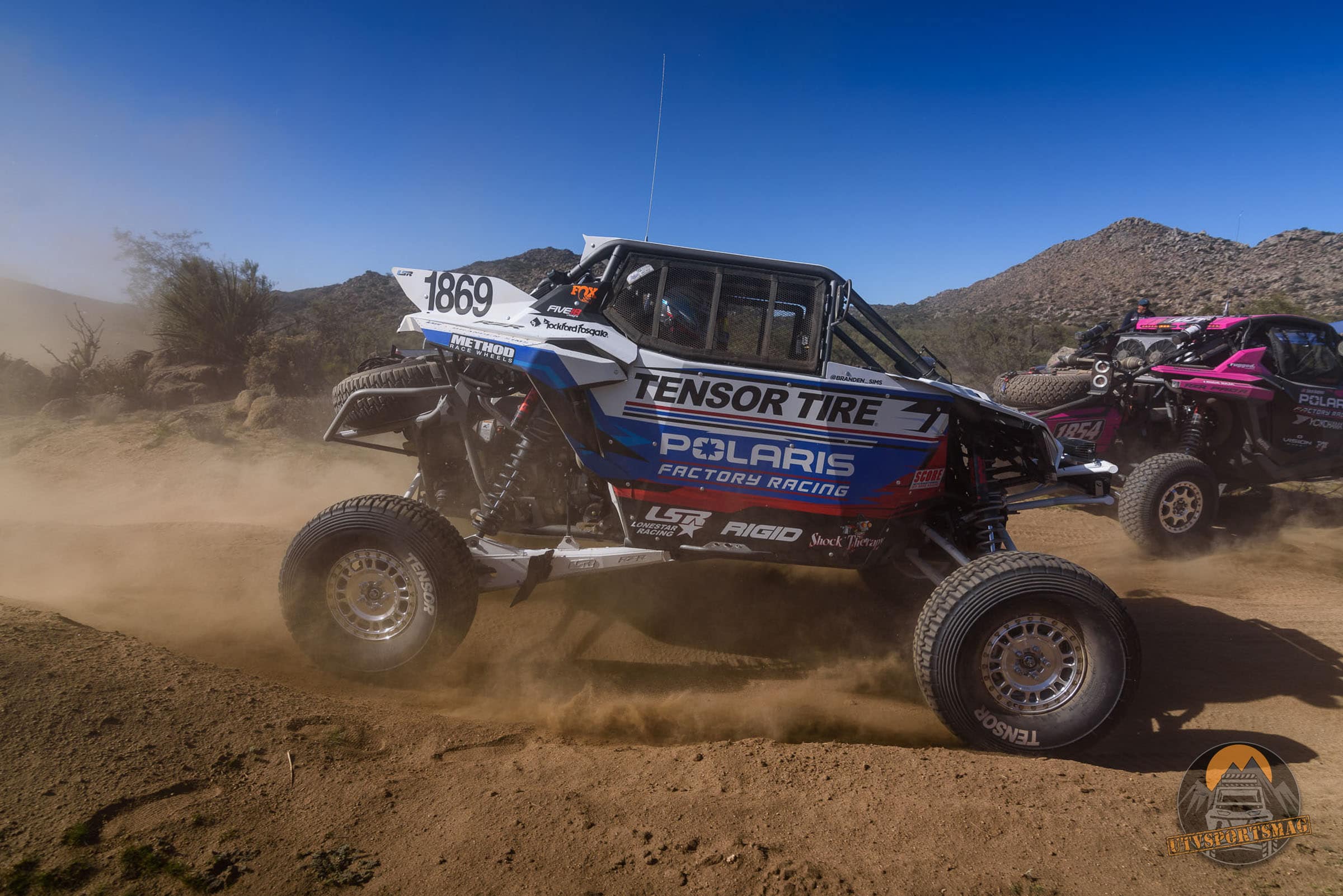 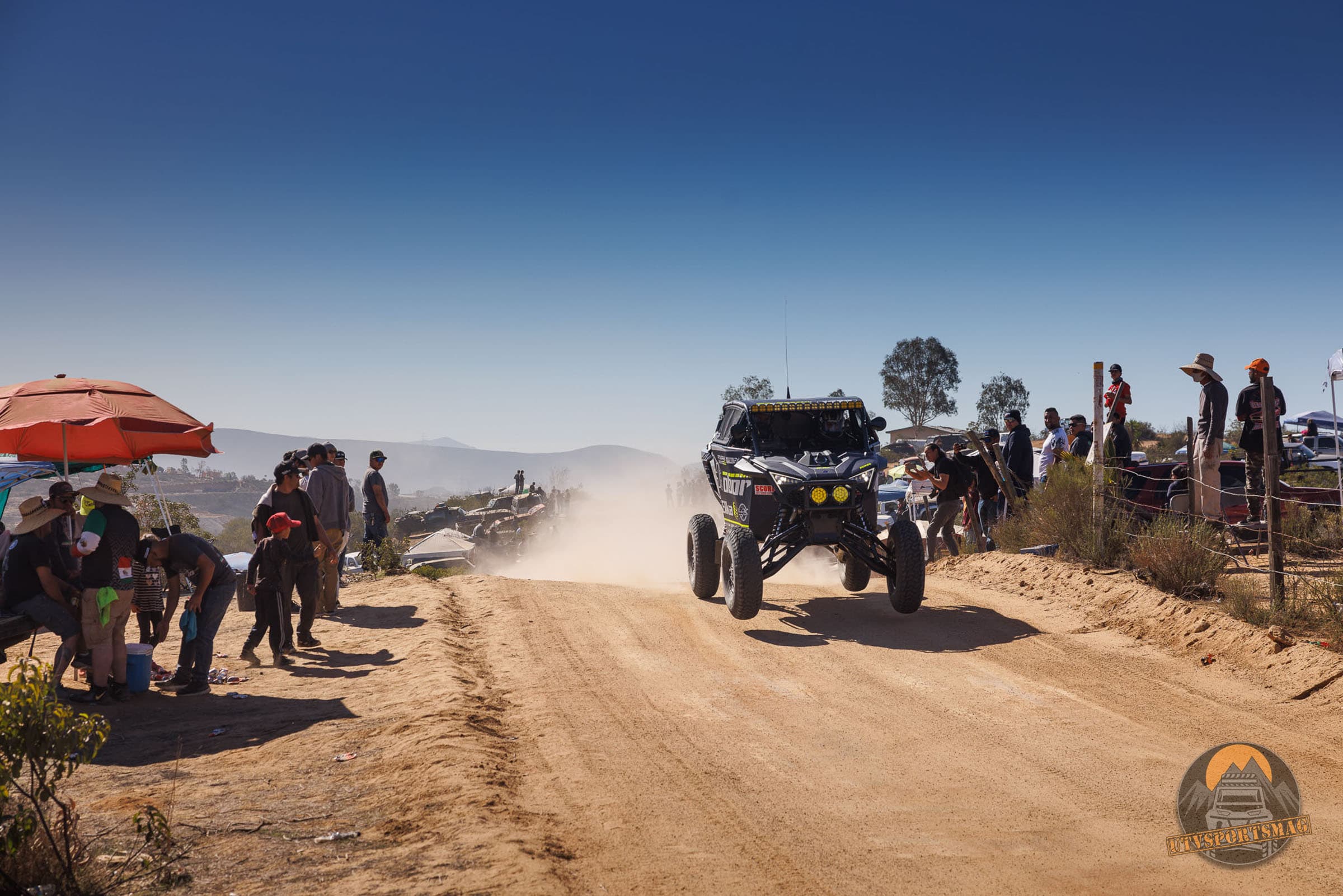 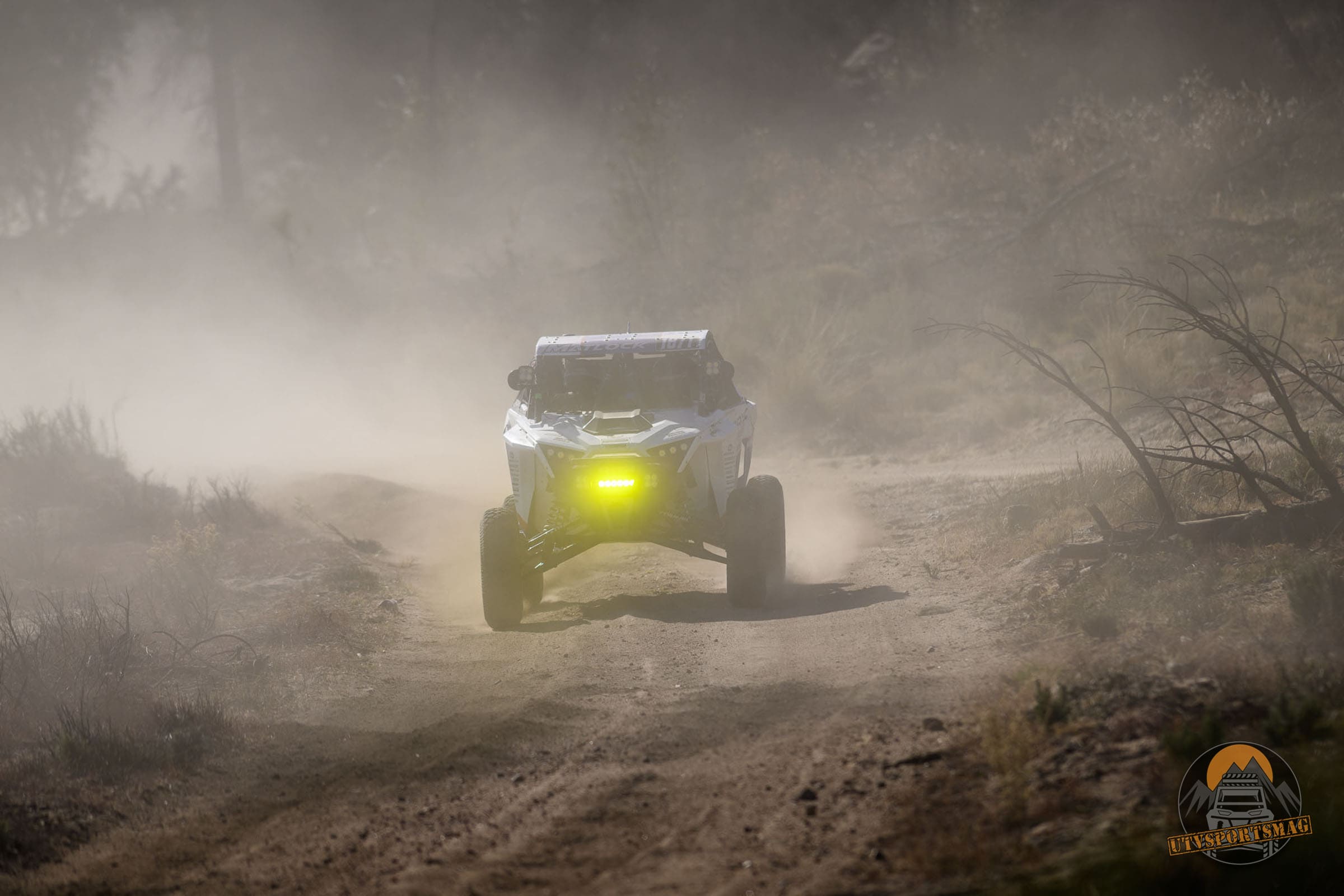 Max Eddy was driving to race mile 475 where Craig Scanlon would get in. It was his first time racing the car. They finished second to Branden Sims. Wayne Matlock was third. “I started second but not knowing what kind of pace to run or how long it would go at such a high pace, I was definitely moving at a Baja 1000 pace,” said Max Eddy. “I was moving pretty good and had a good lead. We took fuel at 310 and then I got a flat at 318. I would not be able to get another spare until 475 so I backed off a little. Sims caught me but once I got out of all those rocks I picked it back up. Not knowing what the car would take I was running at 75 percent. I could have gone at 90, now I know the car will take it. I raced my bikes at 80 percent and that’s kept me healthy for 20 years. I loved the course. I’m more of a technical driver. I raced bikes, class 9 cars and 1600. It teaches you how to save the car. I was looking at Sims’ car after the race, it looked hammered. Our car is still in really good shape. We could still run San Felipe in it. I’m looking forward to next season.” Austin Weiland planned to run a pace that would grind his competition into the ground. He was first in the Pro UTV Forced Induction class and second overall UTV to Sims. “I told myself to push hard right from the start and see what shakes out,” said Weiland. “At about mile 280 I had second thoughts. I was getting beat up. The car still felt good so I kept pushing the pace. All the leaders pushed hard through the San Felipe whoops. You have to have your shocks dialed in and you have to be on your game. You can’t afford any lapses. I knew Blurton would be running at that pace too. At mile 475 when I pulled into the pits we smelled something burning. I ran thick skid plates but my transmission had a crack in it. After that we had to stop at every pit to top it off. We used 3 gallons of Maxima Pro Gear transmission fluid…” “They got us to the finish line. When Sims got past me, we were in a wash. We normally don’t blow belts but we were pushing so hard in the deep sand; it was putting a lot of strain on the clutch. I’m not sure what rock we hit to crack the transmission but there were so many and you only get a split second to decide whether to avoid it or straddle it; we hit a lot of rocks. We didn’t get a single flat to our BFG tires, but we managed to crack an aluminum case. It was like a 250, 400 and 500 all rolled into one. We are proud of the win but our plan was to take the overall.” Can Am teammate Phil Blurton finished second, and Ronnie, RJ and Father Randy Anderson were third. In the Naturally Aspirated class it was Kaden Wells with another win. His Baja record is quite impressive. At the 1000 he clinched his 4th championship. He has won the Baja 500 twice, the Baja 400 every year so far (4X) and the Baja 1000. He has 18 consecutive Baja podiums. “Honestly, it was a pretty smooth race for us,” said Kaden. “There were no major or crazy incidents for us.” No doubt. Kaden says he has a Pro R built, but no contract yet. We’ll see what happens next season. Finishing behind Wells was a pair of Hondas. Zach Sizelove was second and Elias Hanna was third.

The Pro Stock UTV’s had a pretty good finishing rate. Seven out of eleven made it to the finish before the cutoff time. Finishing in first was Antonio Mendez. Second was Anibal Lopez and in Third place was Broc Kelly. Once the lead pack finished, it became a game of pure survival. Anyone who was still moving had a shot at a pretty good finish. All the hard work, the physical pain and the mental torture is always worth it once you cross the finish line at the SCORE International Baja 1000. Congratulations to the lone Sportsman finisher Nate Franklin, and one of the final vehicles to cross the line was number 2976 of Jesus Mendez Jr. from Mexicali, BC. He was racing for 34 hours, 57 minutes and 14 seconds. He was 134th overall. Like everyone, he will be talking about this Baja 1000 for a long time. 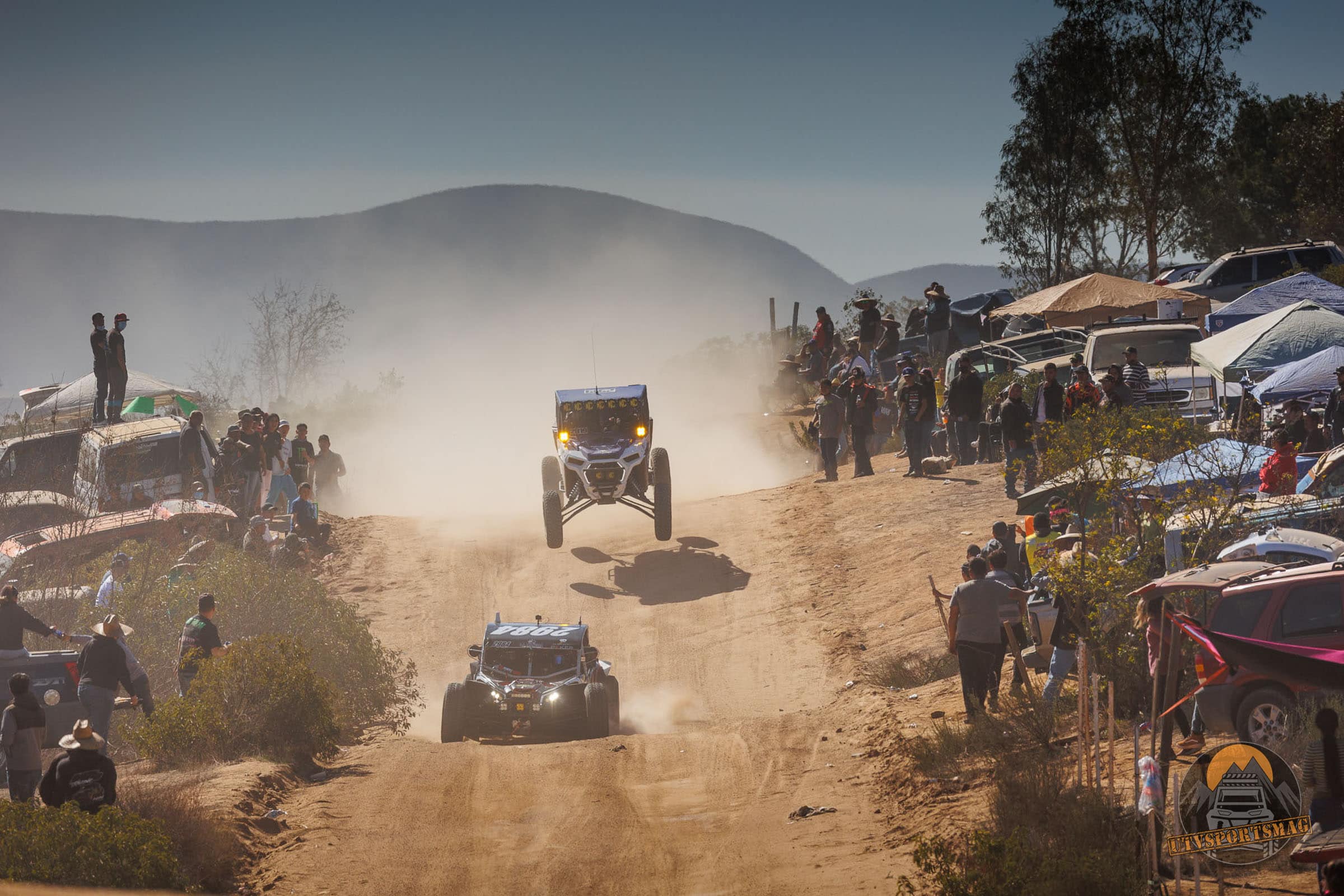 All results posted are unofficial. To see the full current results, visit: https://score-international.com/raceinfo/unofficial-class-summary-2022-baja-1000/ Avid UTV & Yamaha Join Forces to Take on the King of the Hammers
January 25, 2023
Go to Top