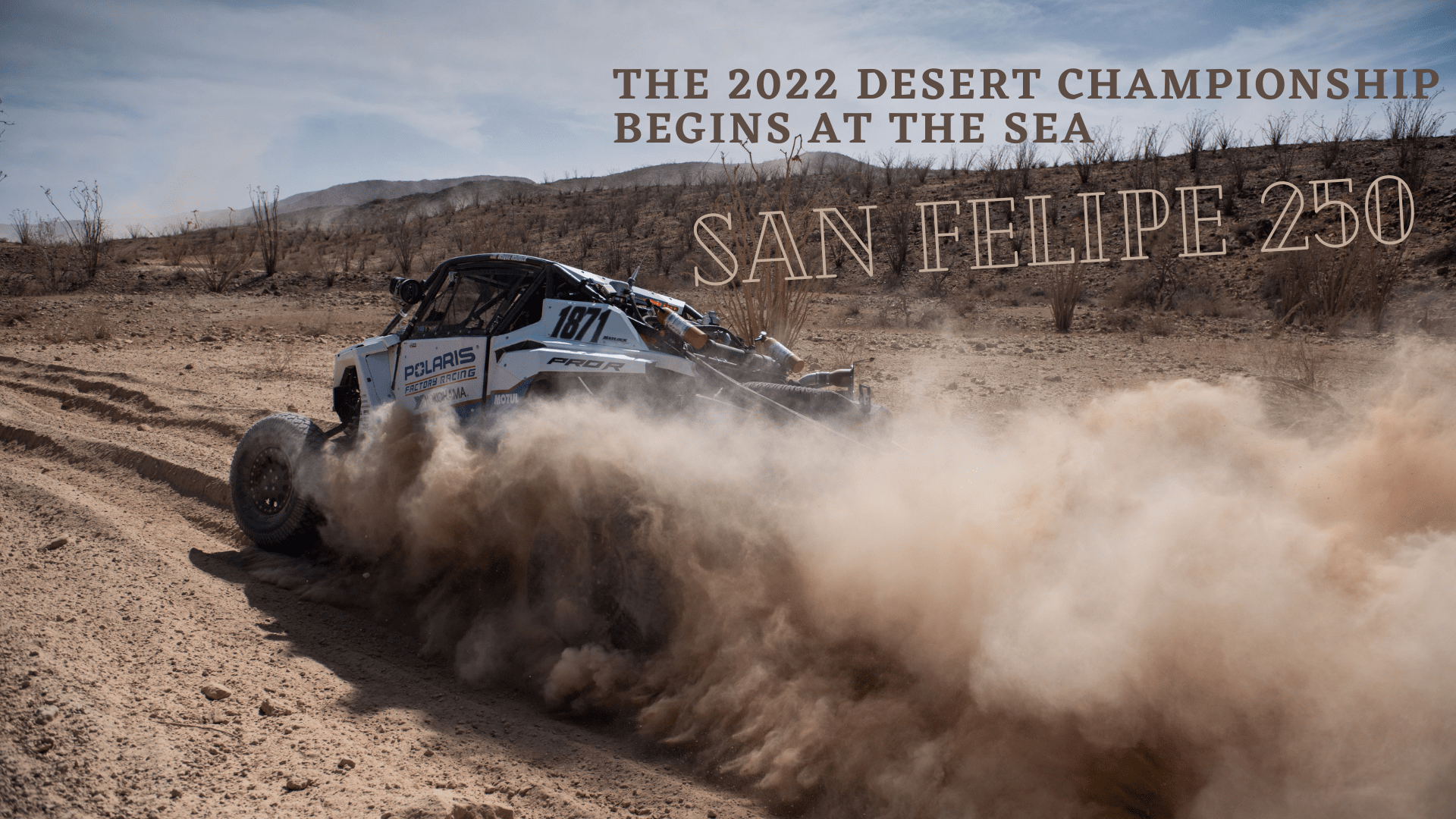 The World Desert Championship Series Begins at the Sea of Cortez

The 2022 Desert Championship went underway in Baja California, Mexico at the 35th King Shocks San Felipe 250. This event is the shortest race of the SCORE International series, but it still packs a walloping punch. The actual race mileage was 277 kilometers. What wasn’t sandy and covered in whoops was rocky and technical. The landscape has been shaped by the weather and countless tires clawing for traction.

What little rain does fall from the sky makes its way to the lowest points, creating dry river washes in the canyons and miles of rutted cross-grain. The loose areas were hiding a swell of waves under the silt at differ heights, depths, and frequency. Just when you think you have the rhythm down, a random bump in the tempo can send you off into the desert out of control.

It’s challenging to say the least. Even for a purpose-built race car with state-of-the-art shocks and suspension, the course is downright brutal. It’s still amazing there are parts of Baja which can be so stunningly beautiful and at the same time so treacherous. The constant pounding was interrupted by rock-filled river beds snaking their way through steep cliffs – to include the infamous Matomi Wash. If you break down there, you’ll probably be spending the night before help can arrive. Of course, there were some smooth sections too. 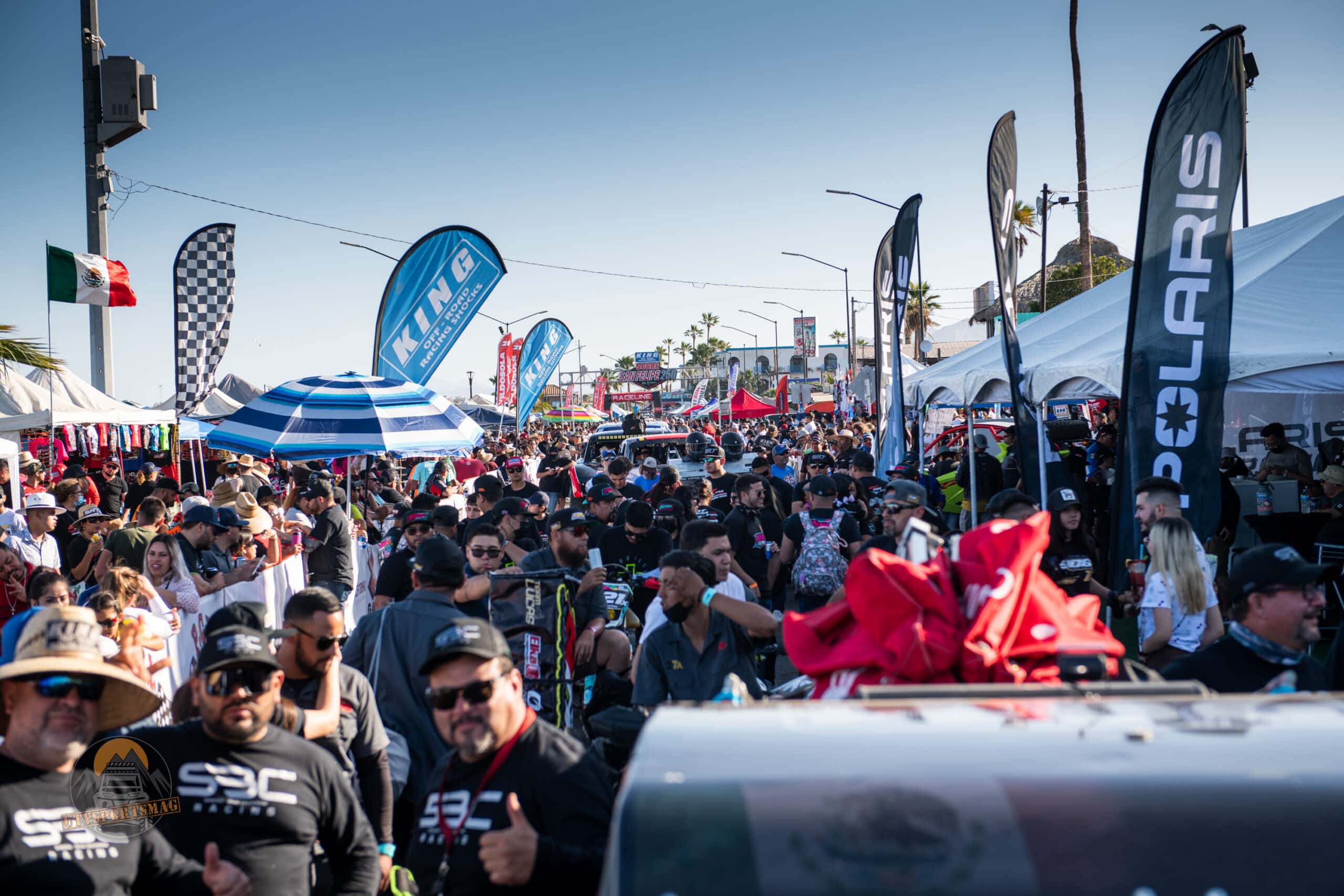 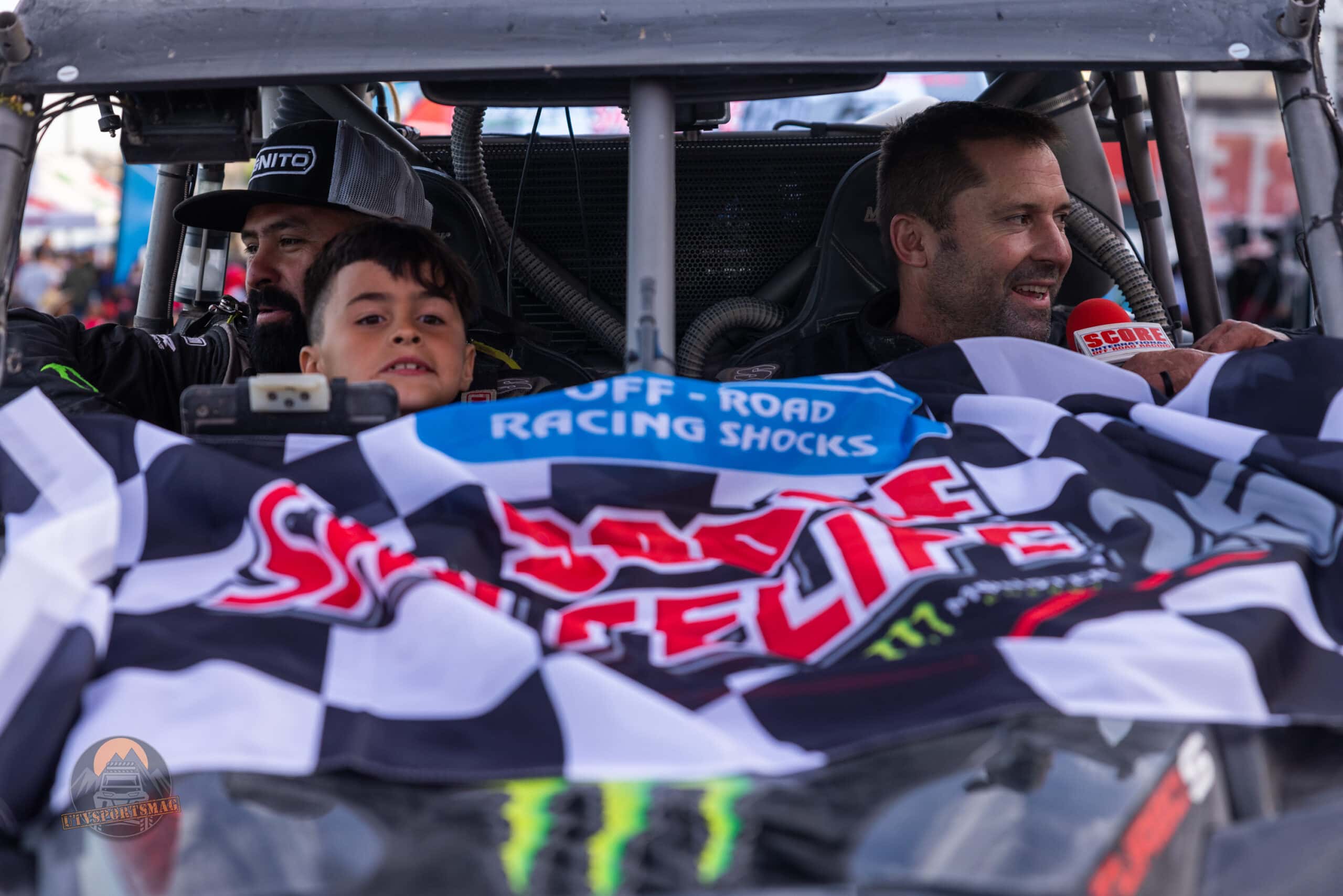 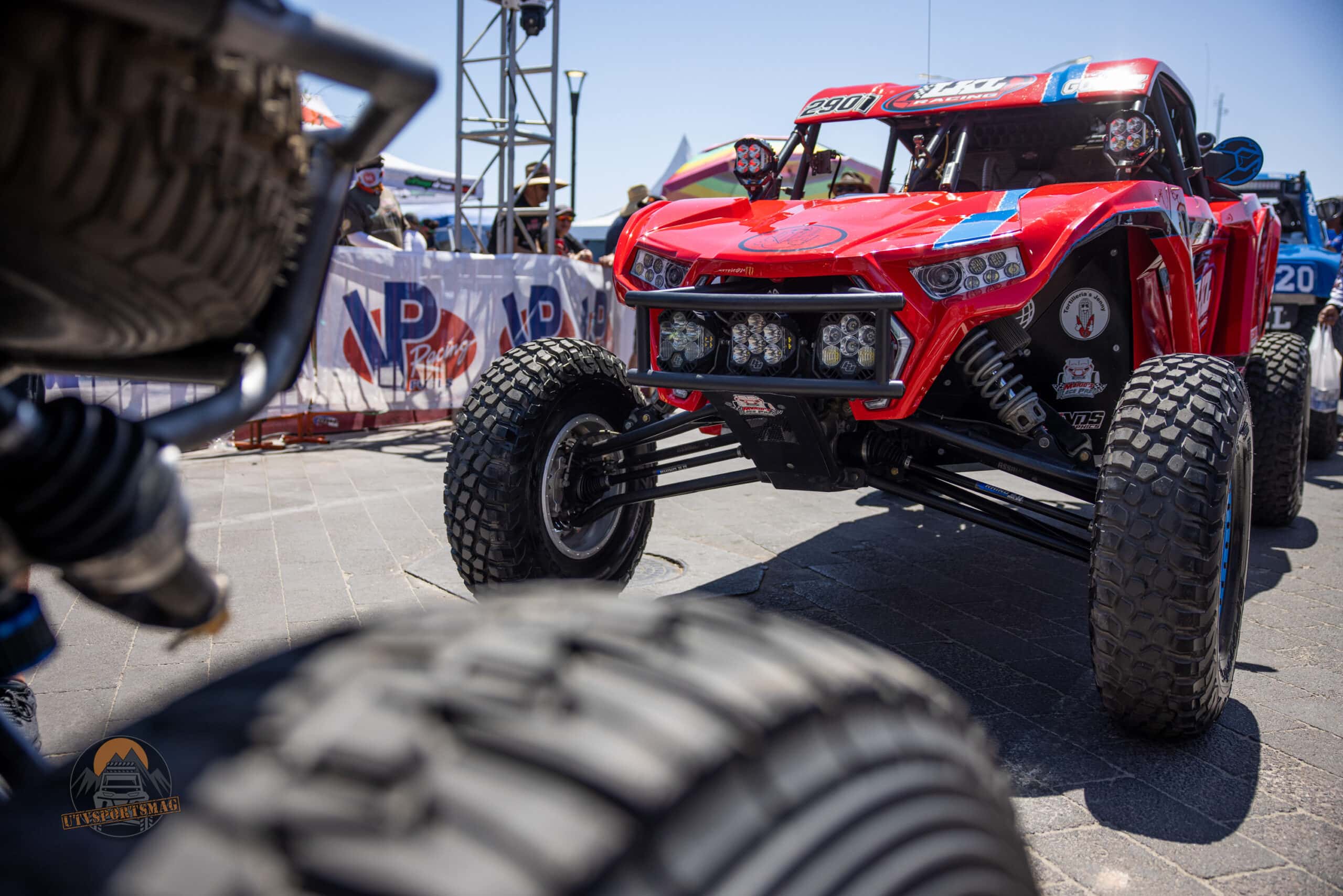 The course ran down and back across Laguna Diablo dry lake bed. This created another dilemma. Once the vehicles had pounded through miles of teeter tottering, racers now needed to run it to the rev limiter just to make sure nothing was loose or broken. The course took a toll on the drivers and navigators just as much as the vehicles. The entire crew earned their keep as well. Since it’s a “sprint race,” battles can be won, or lost, in the pits. Any time reserved for repairs was costly.

The race returned to the Malecon, much to the pleasure of fans and racers. Contingency was right next to the warm gentle waters of the Sea of Cortez on one side and bars and restaurants on the other. It’s much more like a party when it takes place on the Malecon. There were 55 UTV’s entered including the Pro classes and three sportsman entries. The largest class was the Forced Induction, or Turbo class, with 29 entries. Naturally aspirated cars totaled six, 10 were entered in the Pro Open class, and seven Pro stock racers. There were 273 total entries in the race. The starting order was determined by average speeds in every class. It’s ironic that the fastest and most capable vehicles have first crack at the course. 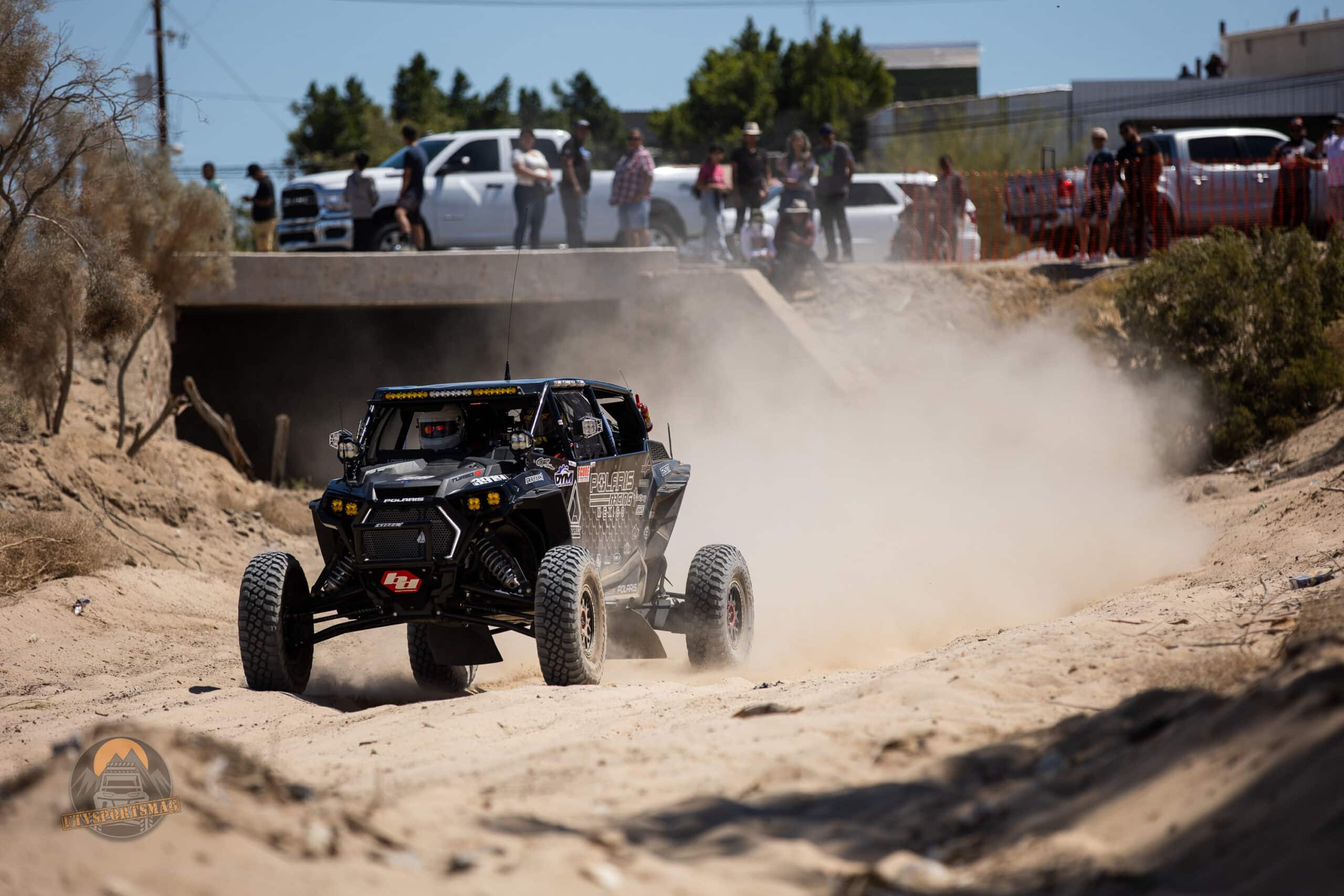 It makes sense from a safety perspective, but the more limited cars which come later have much rougher conditions to negotiate as a result. Even at 33-inch or 35 inches tall, their tires are no match for the ruts created by the Trophy Trucks running 40 or 42-inch tires. At least, the UTV’s make up for the imbalances with their light weights and all-wheel drive. They can go places which are traps for the big trucks. Not to mention, the steep climbs and loose sections are typically much easier in a UTV.

It may be the shortest race in the SCORE Desert Championship, but it’s a long arduous journey to reach the finish. Early leaders can fall prey to a bevy of pitfalls along the way. It makes spectating or following your favorite team on the tracker an anxious affair. Speaking of which, two racers with plenty of success made it out front early in their classes. 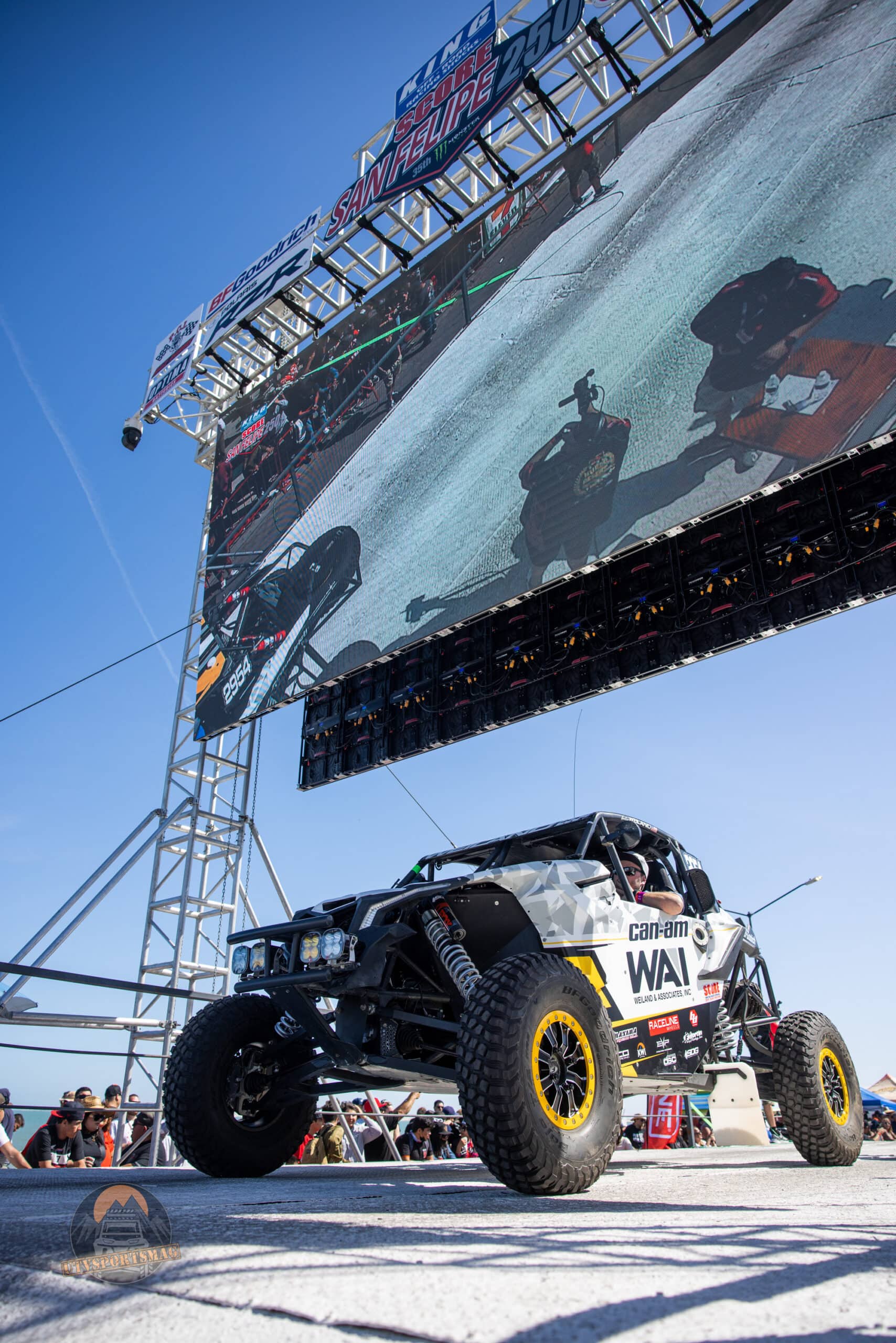 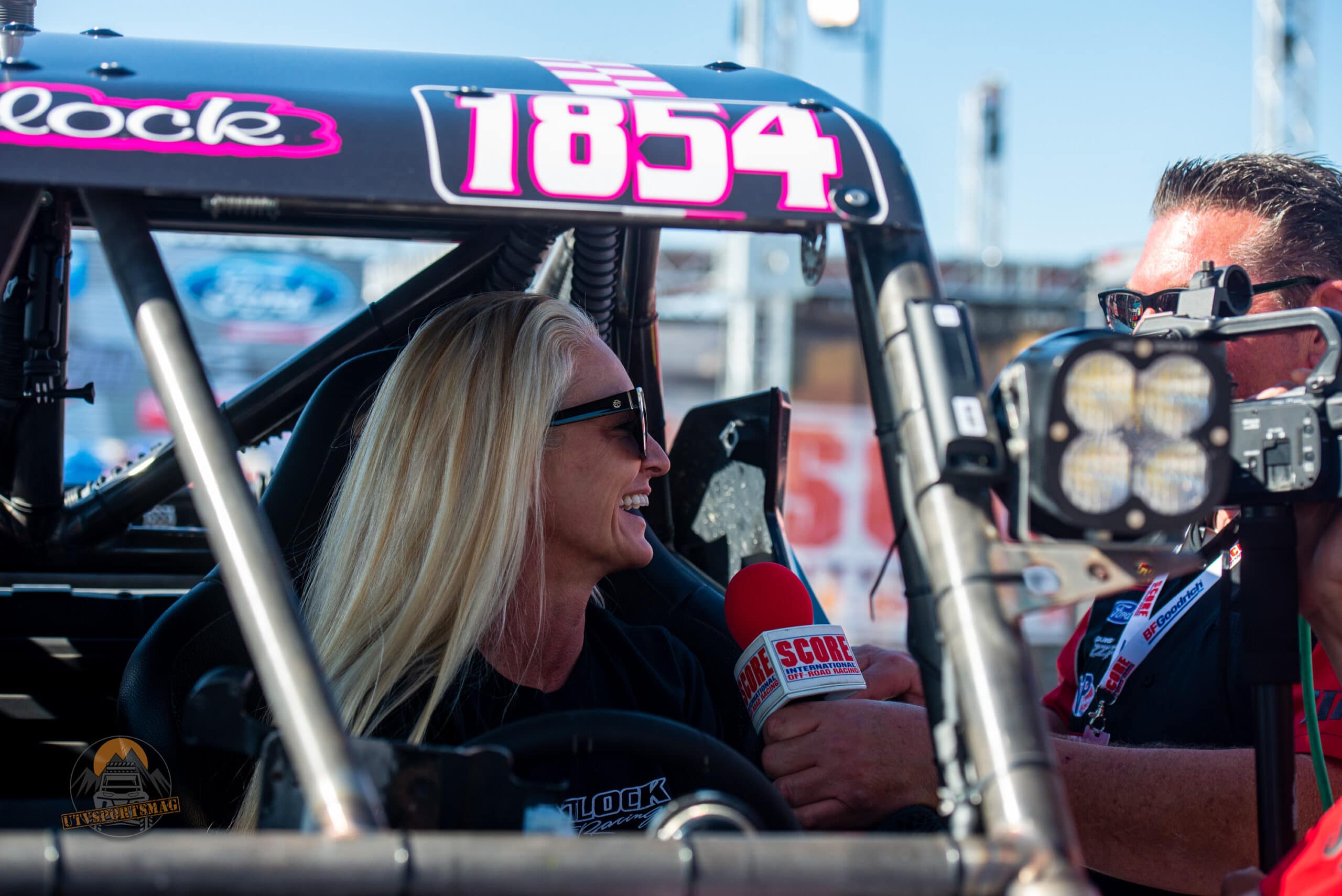 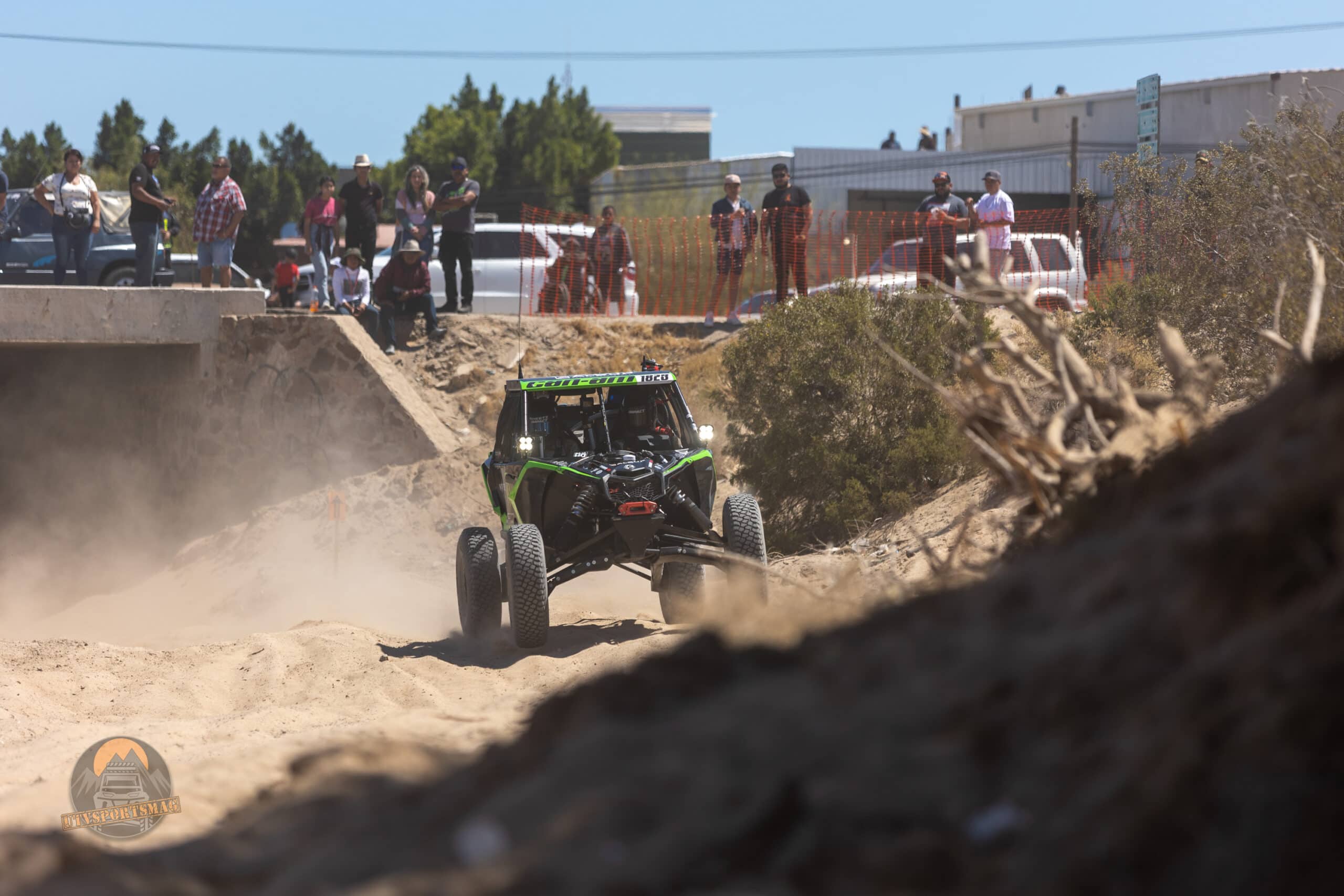 Wayne Matlock was putting on a charge in the Pro Open class, while Justin Lambert was the first Turbo car on the course. Both drivers have had victory snatched from their grasp in the final miles of a Baja race more than once. But this time lady luck was on their side as they both crossed the finish line achieving impressive wins.

Even though the Pro Open class started behind the Turbos, Wayne Matlock’s pace in traffic was fast enough to take overall UTV honors. He seems to have all the issues that plagued his Polaris RZR Pro R during the Baja 1000 last season smoothed out. It’s not easy bringing a brand new car up to speed so quickly. Hats off to the Matlock team for securing their grip on a new car. 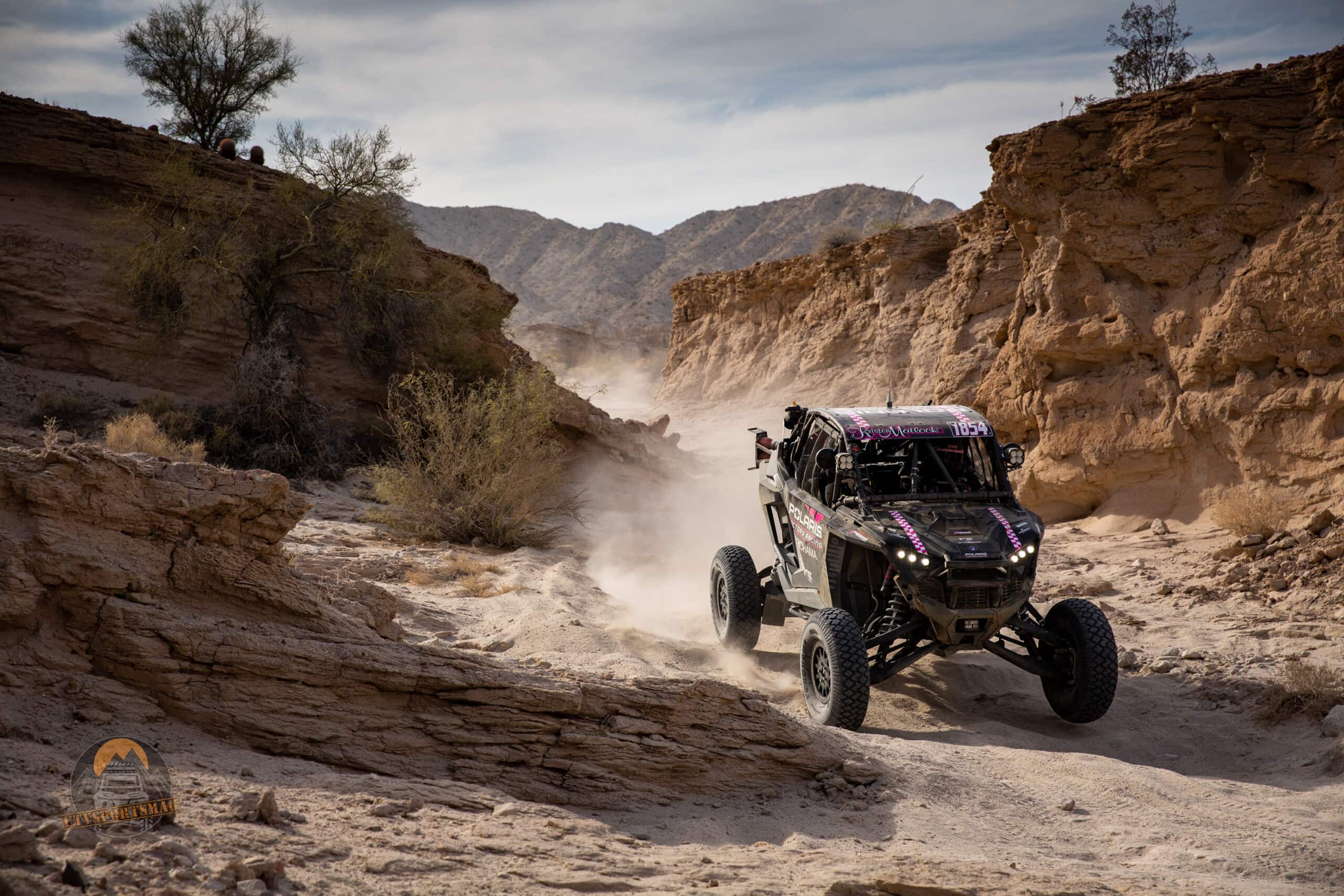 Those same accolades should go to the Cognito team from Lambert. They are one of the very few groups to have had a perfect season in off-road racing. They have had mixed results in Baja lately and were overdue for a win. Both team’s solid performances in San Felipe, and the points lead which goes with it, will put pressure on the rest of the field going into the Baja 500 coming up June 1st through the 5th.

The Naturally Aspirated win went to father and son Joe and Austin Bolton. They were the only NA UTV to finish in under eight hours with a time of 07:52:12.945. When it came to a close, Austin summed it up as a good run:

“It was a good race. Our shocks had some issues at the beginning, and it just got worse from there. The course was beat up, but I think we did pretty well. Besides the shocks, I just broke a mirror. These were the only problems we had to deal with.” “It was one of the toughest stretches of 250 miles I have raced to date. The 2022 San Felipe 250 was a testament of grit for all racers out there. We held a steady conservative pace in this Cognito, Monster Energy, Polaris RZR and it paid off with a win. It takes the best parts on the planet to make this happen. Special thank you to Jesus Navarro for a great job co-driving and the whole Cognito crew who [continuously] puts this RZR together, gets us to the races, and handles the pit support!” Wayne Matlock said of the race: “The course was good; It was a lot of fun. The car performed well, it just had some hiccups. The car and the tires held together and we made it.” His feelings were shared by many at the finish. “We made it!” Finishing in second place to Wayne Matlock was veteran racer Mike Cafro.

“Jamie Kirkpatrick started and drove to race mile 135. I drove race mile 135 to the finish. This was a brutal race. I was very uncomfortable the whole course and couldn’t find a groove. The car wasn’t working great and the course was all torn up. I’m glad we didn’t have any issues and got to the finish. I’ve been racing down here for 30 years and the last two years weren’t the same without the fans, so it’s great to have them back.” 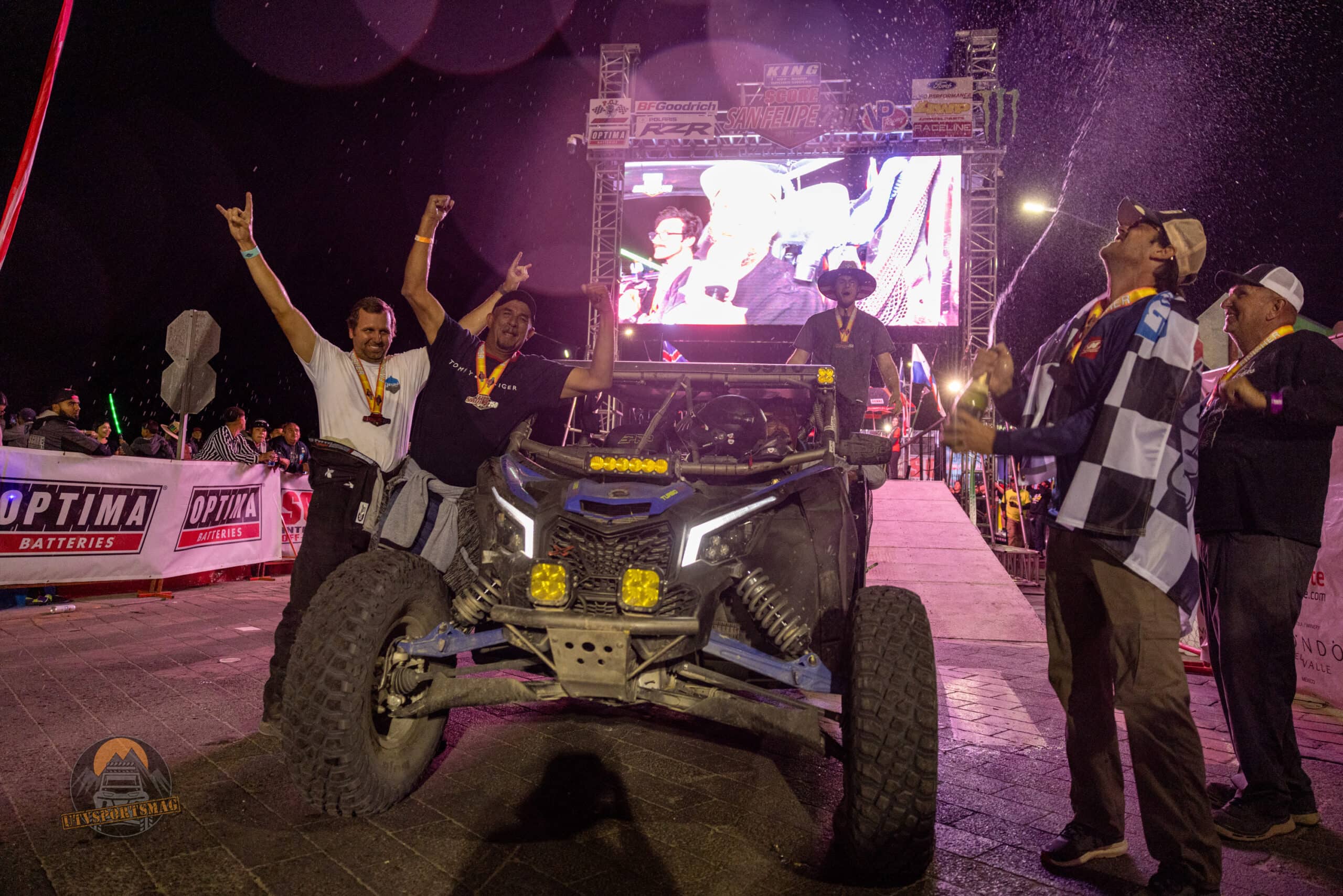 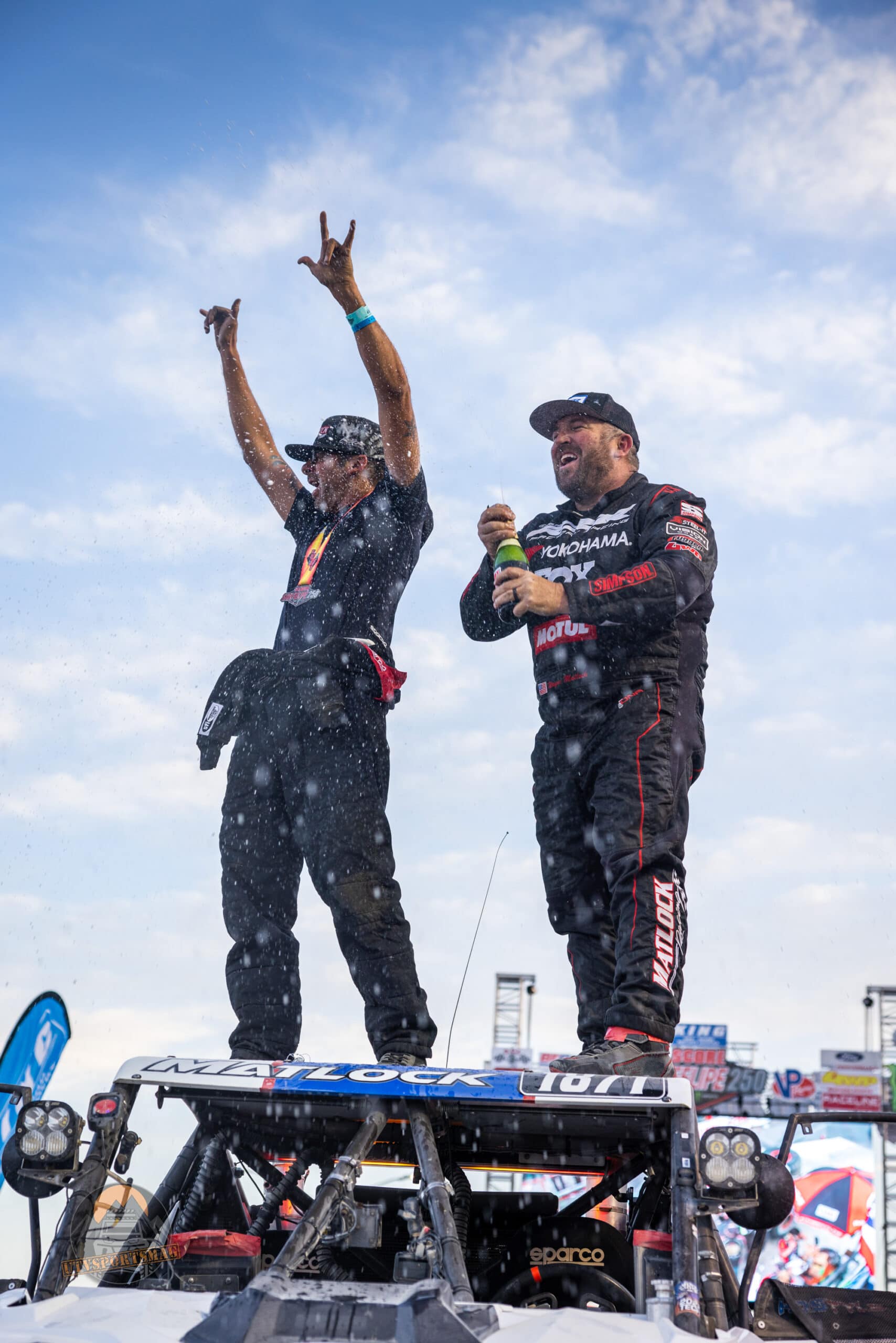 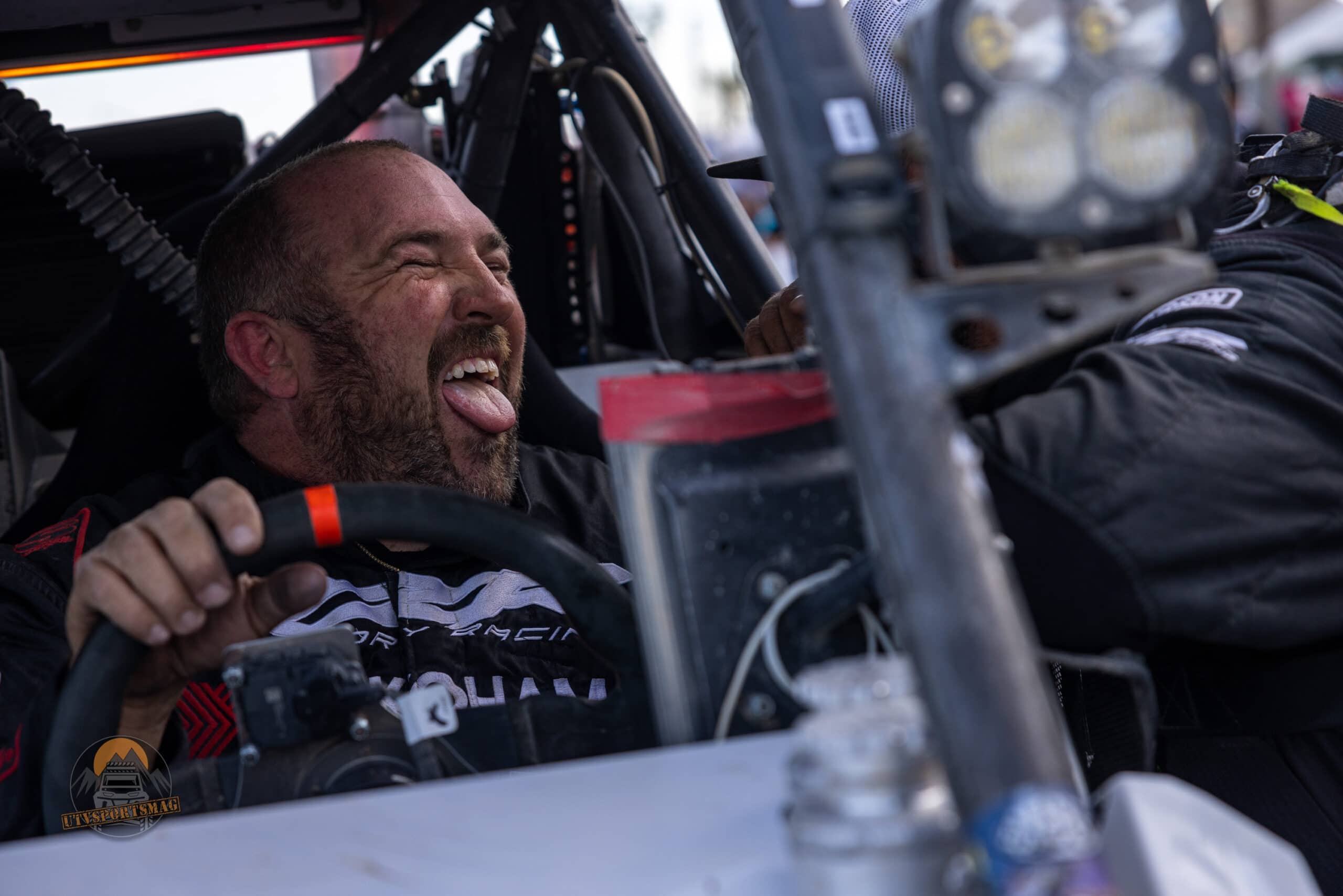 Matt Burroughs’ co-driver Bradley Howe shared similar thoughts: “Matt did a great job and gave us the car in a pretty solid position. This was probably the roughest SCORE San Felipe 250 we’ve ever done, and we sucked it up and crawled all the way to the finish. It was challenging. I am so happy for San Felipe to get this event back here at El Malecon. There’s nothing like this.”

The San Felipe 250 was a solid test for all the competitors. It was a great time for the fans and for the town of San Felipe. If it’s any indication how the rest of the SCORE season will play out, this one will be a demanding one, which will test the determination of all those who choose to compete. A bonus for us off-road racing fans!

A Full Gallery For Your Viewing Pleasure
Check Out the Race

BUILD BREAKDOWN | Devil in the Details
November 3, 2022
Go to Top