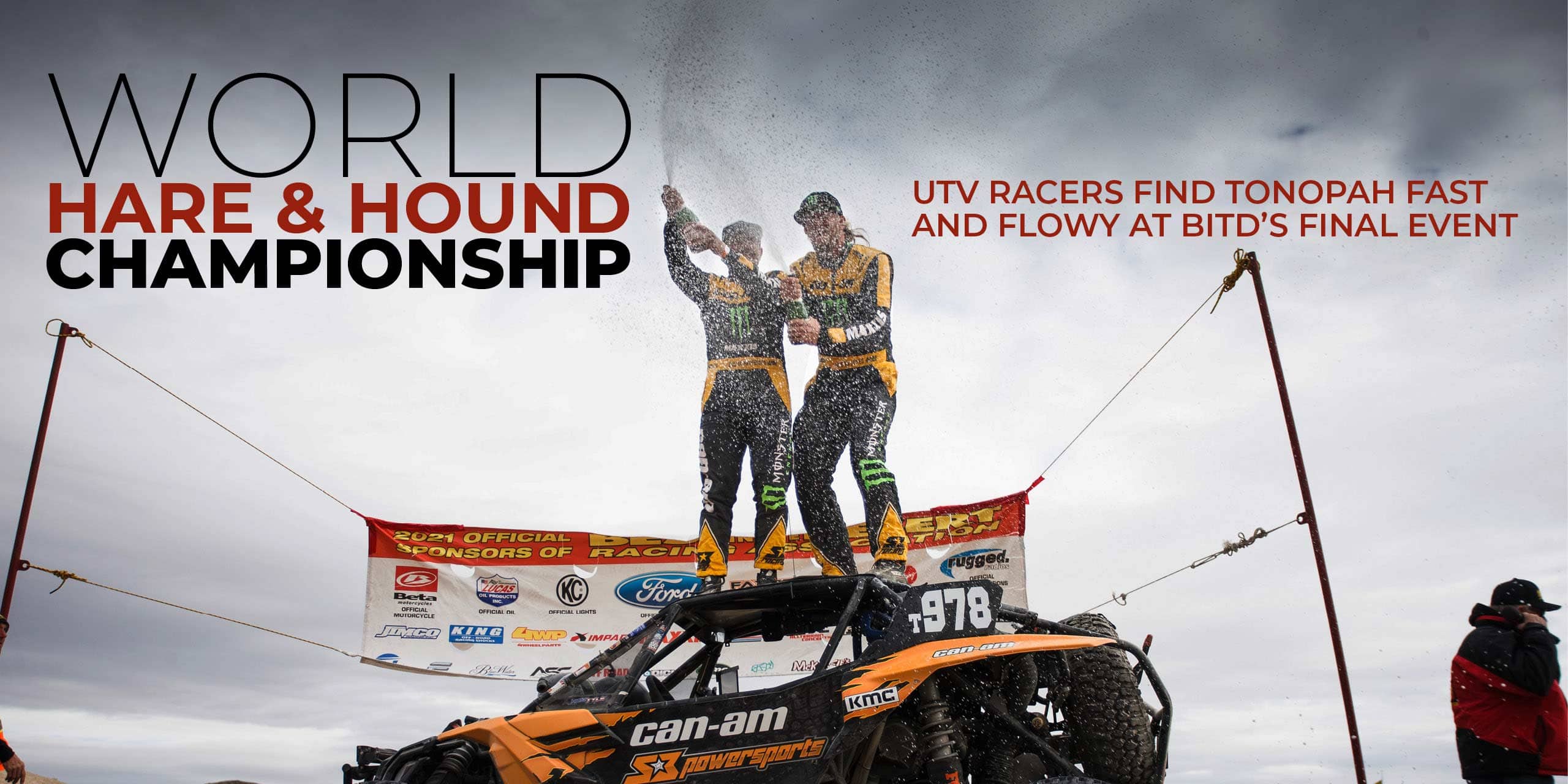 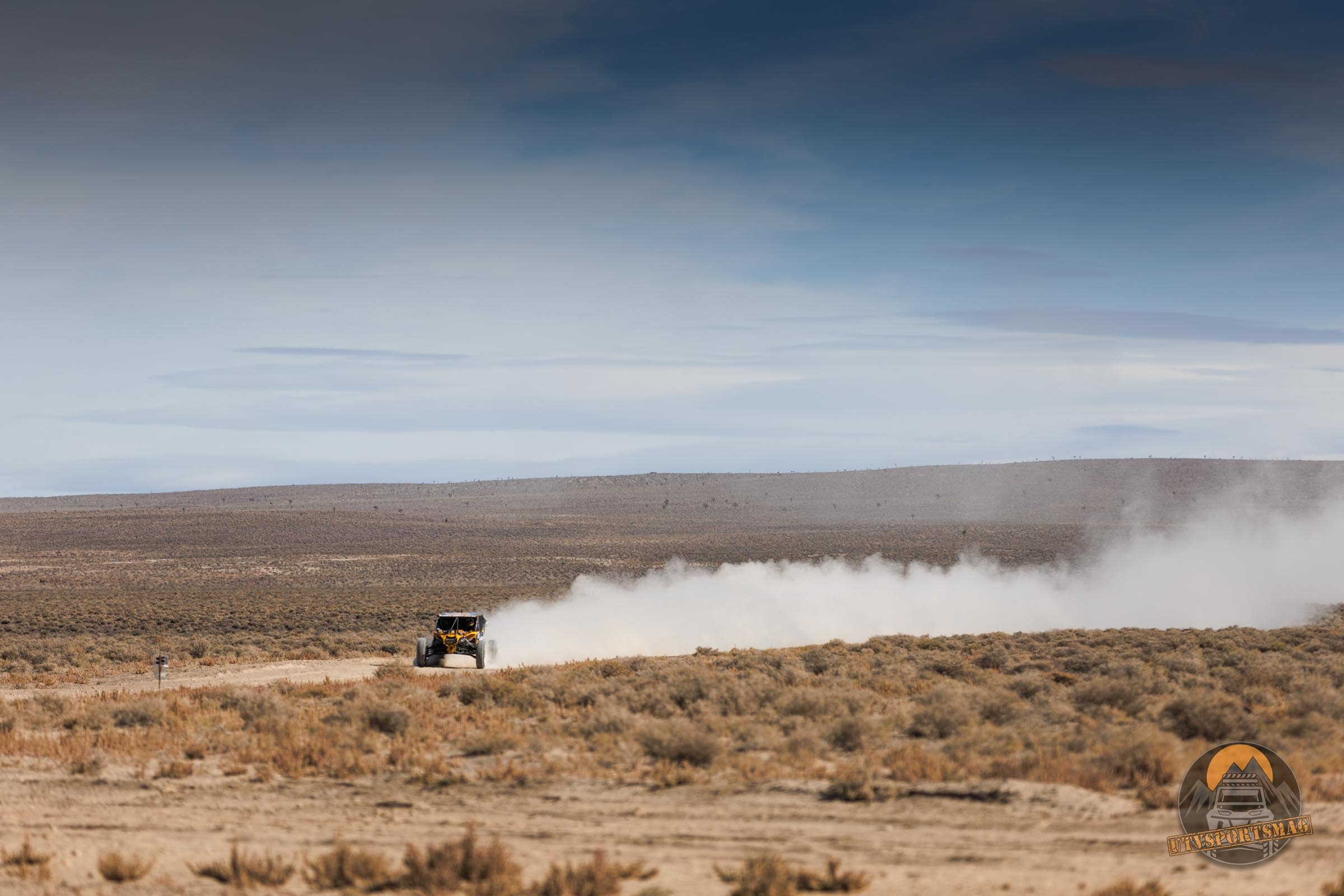 Due to changes to the Best in the Desert series schedule, UTV racers only had 12 days to get their cars turned around after the frenzied sprint in Laughlin, Nevada. The desert course for 2022’s World Hare & Hound Championship in Tonopah, Nevada stretches just over 140 miles and is markedly different from Laughlin. 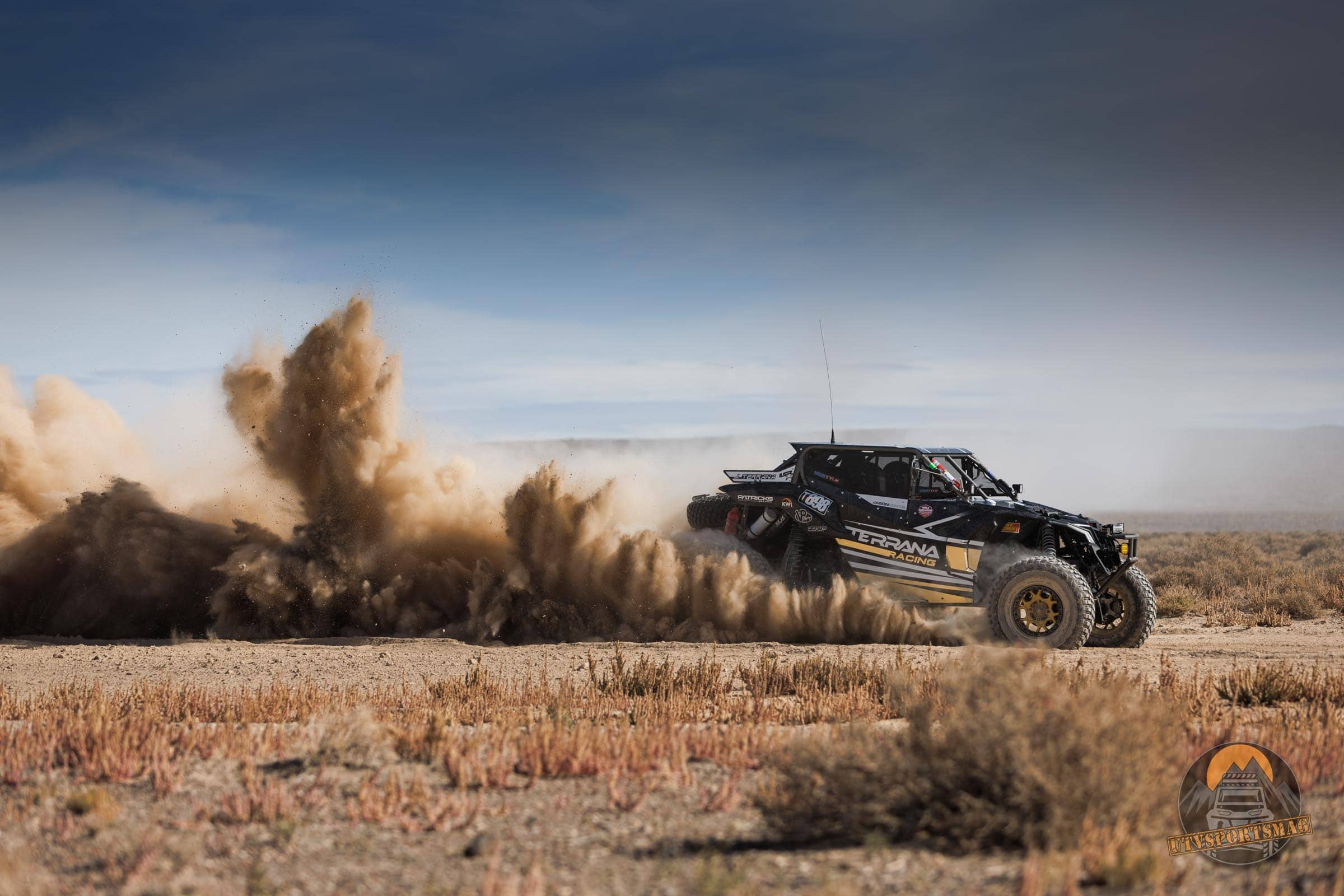 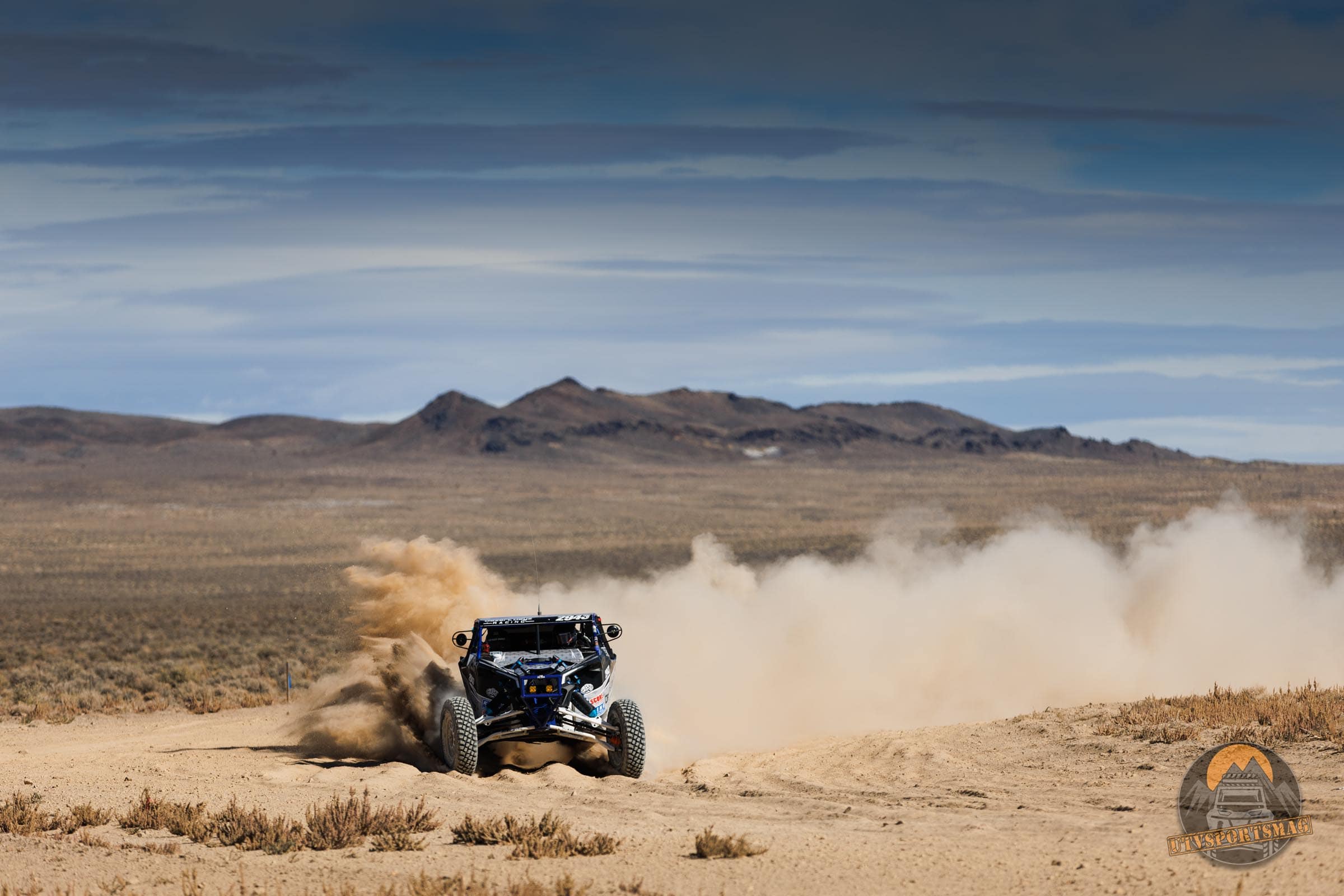 The Hare and Hound would be the final race of the season for those chasing championship points. Classes are limited to bikes, quads, and UTVs only, so the course could be somewhat unique. Typically, big trucks and other unlimited classes burn a trail in the dirt before the UTVs hit the course but this time UTVs would be the ones to “clear the road.” First off the line was points leader Vito Ranuio as the rabbit to set the pace for everyone else. Starting positions were based on points standings so Dustin Jones left second, Jason Murray third and Joe Terrana fourth.

Most competitors described the course as “fast and flowy,” but much of it was lined with piles of rocks waiting for anyone who carried too much speed into a turn or tried to pull a desperate pass in the dust. Best in the Desert gave everyone a generous two-minute cushion to allow time to be made up on the UTV ahead; a deciding factor in the race as very little passing took place. Ranuio was running fast out front, but not at a crazy pace as he was racing for a championship and didn’t want to press his luck. Sitting in second place, Dustin Jones only knows one pace; go for the win at all costs. He had the luxury of running up to Ranuio’s dust and then shadowing him to the finish to beat him on corrected time. Ranuio knows the game too, and was tempted to give him a run for his money, but co-driver Joey Olsin was able to rein him in. 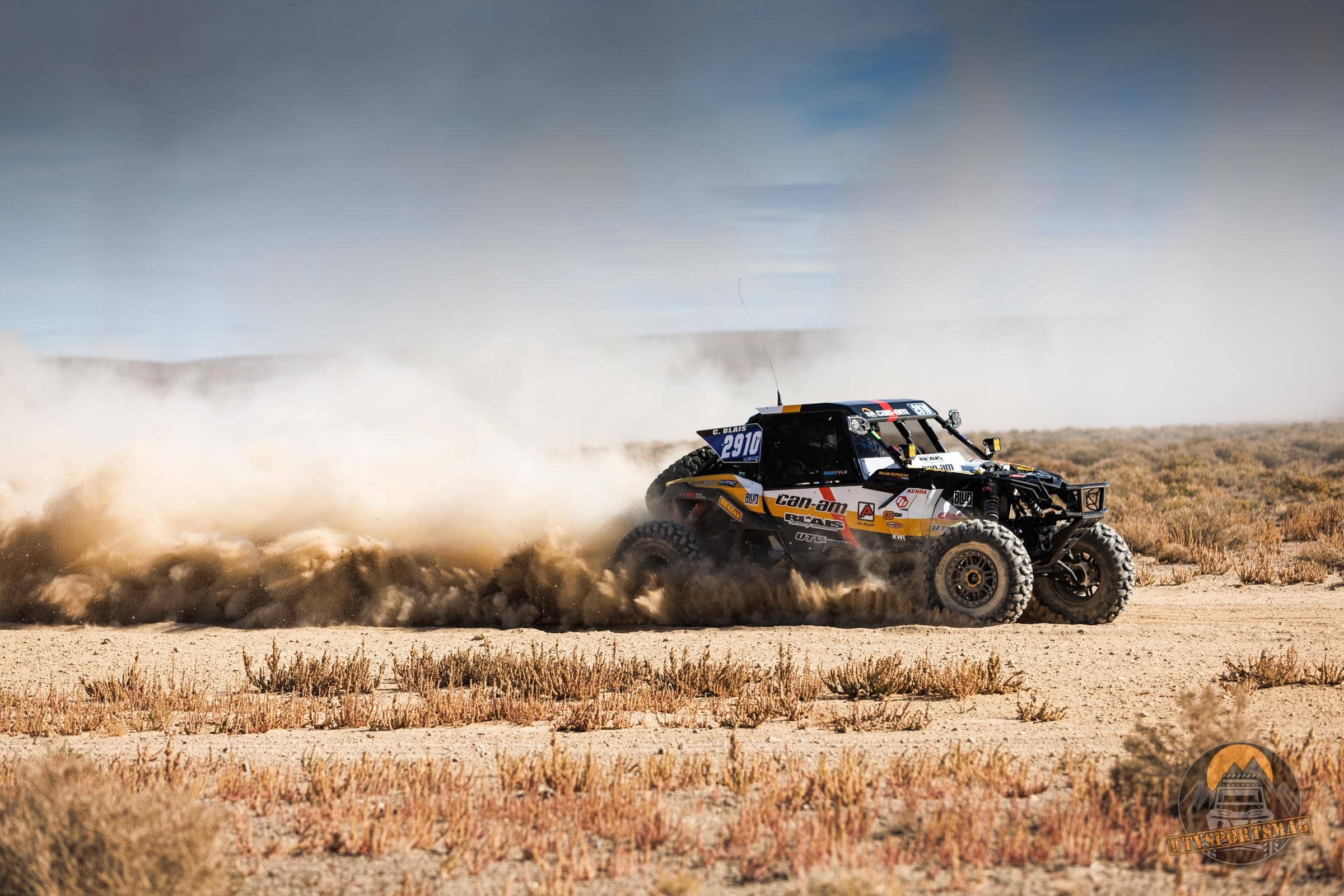 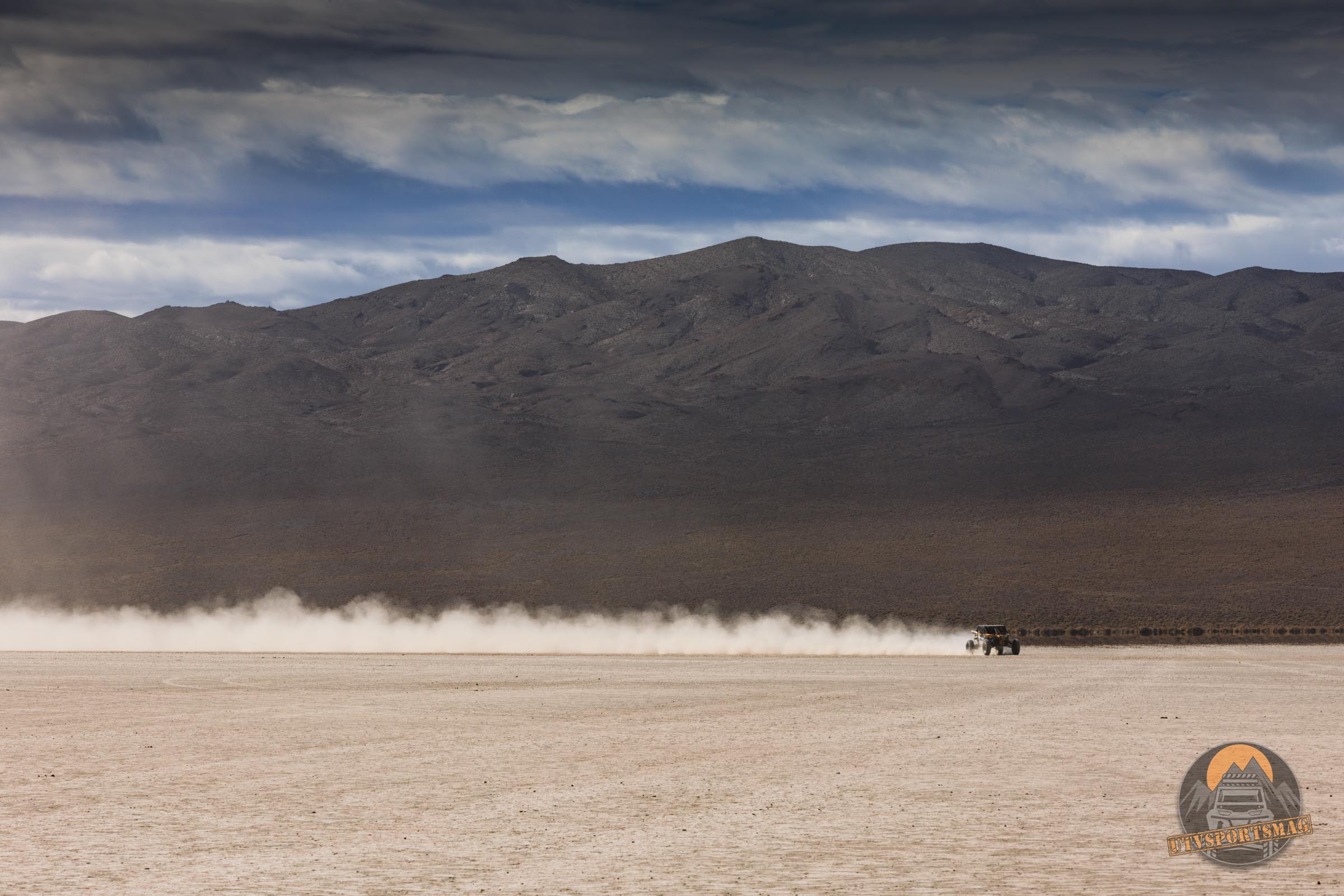 “It’s great to win the championship, but I would rather race for wins,” says Ranuio. “We’ve been points racing for the last two events. You have to give up wins sometimes if you want the championship. I started to see Dustin’s dust so I picked it up, but I never really pushed it too hard. It’s kind of funny how I started to push and my codriver said let’s just focus on that championship. We knew Dustin would get us on time. He had a good strategy; it’s what I would have done. It was really strange having such a clean car at the end of the race. Running out front all day we had zero dust so the car didn’t get dirty. I’ve never had clean air for an entire race. I had to work on getting it ready in time. I was getting up at 3am and working for a few hours every day so I could still spend time with the family. My son is racing this year so it keeps us busy. The interesting thing is that teaching him has helped me learn some things too. I’ve never been the teacher before, only the student. I’ve had to listen to my own advice and it helped.” 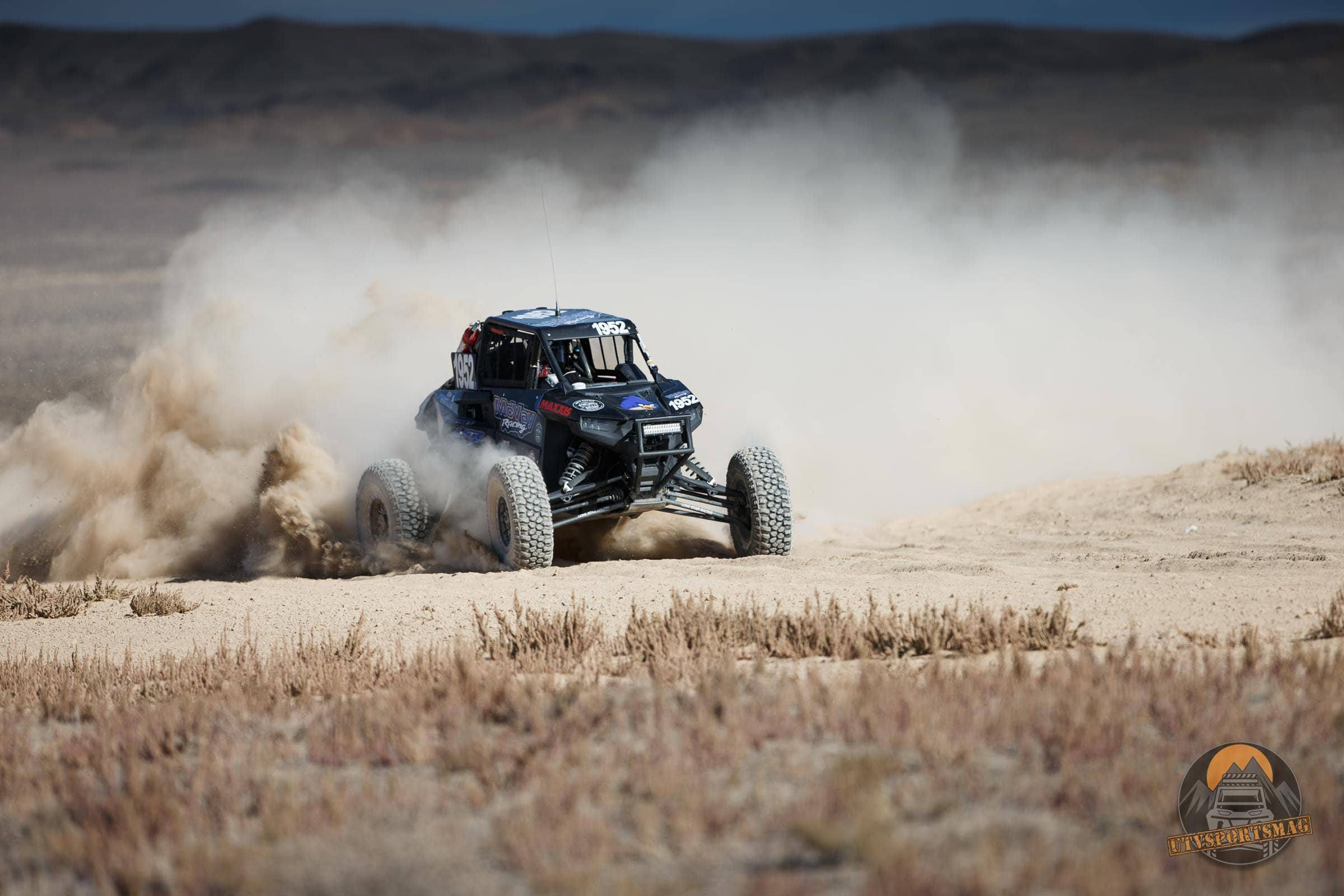 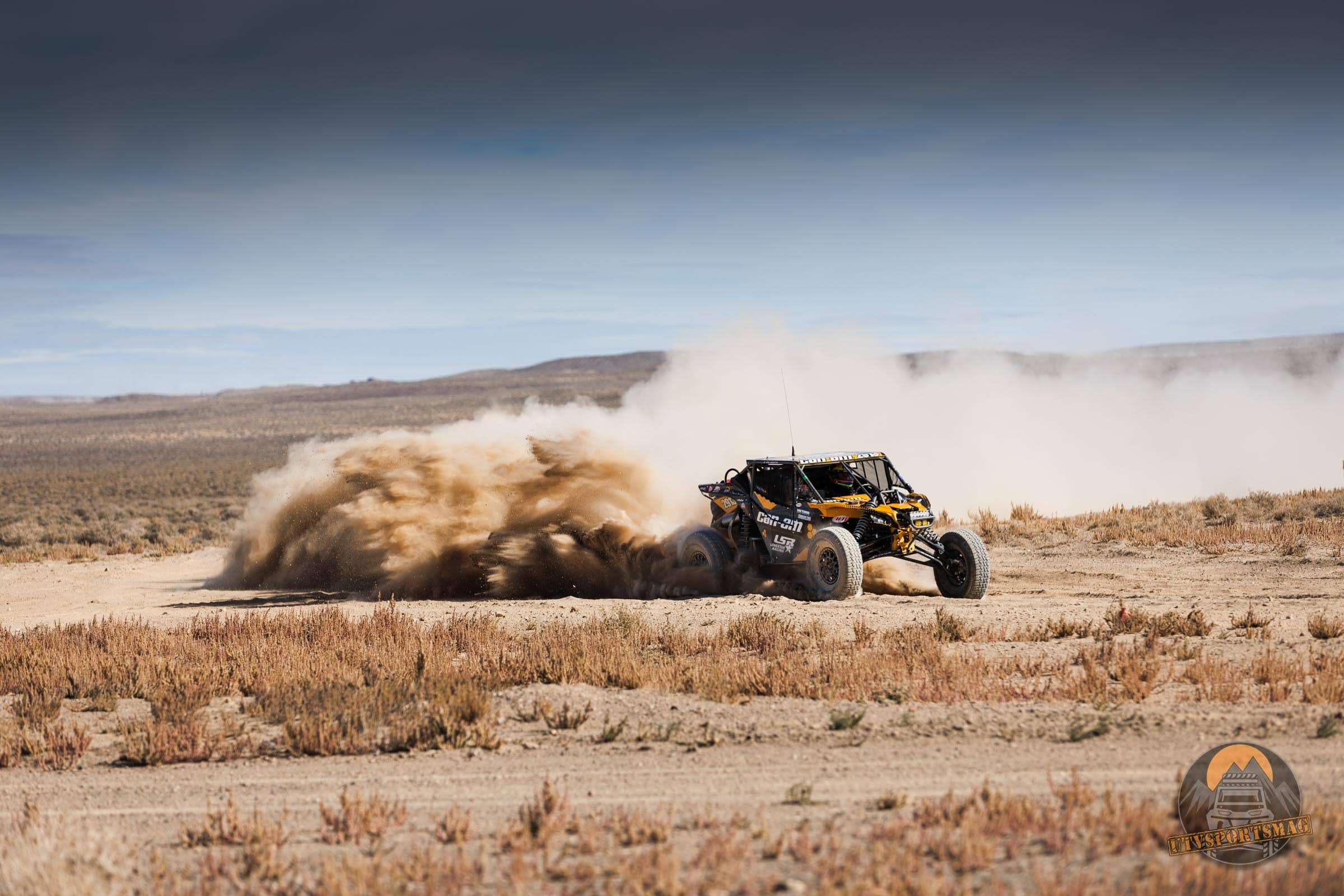 Joe Terrana also managed to sneak up a couple spots but unlike Ranuio and Jones, had tons of dust to contend with. “We caught up to Murray and was stuck in his dust from mile 40 to 130,” said Terrana. “It was just too rocky to go off the course for a pass. When he blew a belt, we got around him; it was frustrating. It was a real fun course though. It was super fast and flowing. We won in Laughlin so we were hoping to win back to back. We were on some of the same terrain as Vegas to Reno so we had some notes to go by. Everyone has been very nice to us this year and we have learned a lot. We plan to run the same schedule next year, but in a brand new Lonestar Racing car that Dan’s building for us; it will be ready very soon. I only have one year in the sport now, but I live in the desert so… My co-driver Jason Montes has taught me a lot too. He also races with the Herbst’s and has a lot of experience.” Despite having a dusty day, Joe pushed hard in the last 10 miles to finish second overall and second in Pro Turbo class behind Jones. Vito Ranuio was third, Jason Murray fourth and Colton Gubler rounded out the top five. 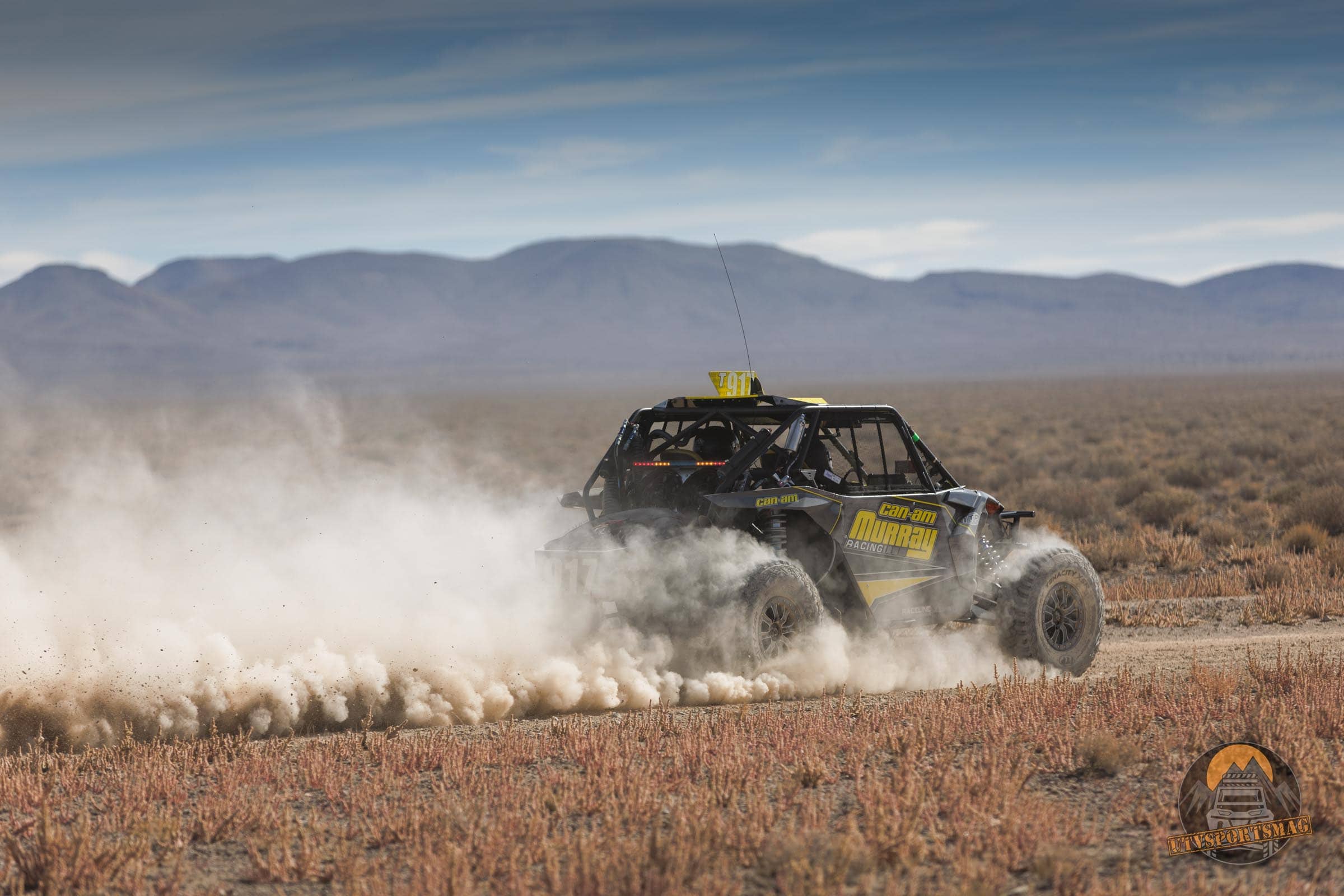 Fifth place overall and the winner of the Trophy Unlimited class was 2021 rookie of the year Michael Mcfayden who is just 16 years old. He debuted a brand-new car in Laughlin, but had a crash so he was racing his old car. “We just ran our own pace all day,” said Mcfayden. “The two-minute intervals meant no dust for most of the day. We caught the car ahead of us at mile 30, then Blais at mile 100 after the lakebed. Our race went super smooth with no issues. I really liked the fast fire roads. I think some good luck was bound to happen after all the problems we had at Laughlin. We got this win with the old car but will be racing the new car next year. If we didn’t have the crash at Laughlin it would have taken a lot of hands to get the car ready in time for this race. I am doing most of my schooling online now so I will be doing all of the prep on my car next season. My first race in a UTV was in Parker last season but I have been riding quads and bikes since I was young. Jumping into racing was definitely difficult, but we figured it out. My goals next year will be to get some wins and then maybe jump up into the Pro Turbo class.” Second place in Trophy Unlimited and seventh overall was Ryan Piplic. He was the top Polaris in the field. CanAm took the top 6 places. Piplic got a well-earned second place despite vying for the win. “Our result was not as good as we hoped,” said Piplic. “We started off at a good pace, with good flow. We caught a rock between a rear caliper and the wheel. We chose not to stop for repairs, so we pushed through with no brakes. It was disappointing, but we made the best of it. The course was not the typical long straight shot. There were a lot of fast, flowing turns, a driver’s course. It reminded me of the Silver State 300 without the trees. It was a lot of fun. There was a dry lakebed, a lot of rocks and some silt but not like when we run after the trucks. I liked the two-minute gaps.” 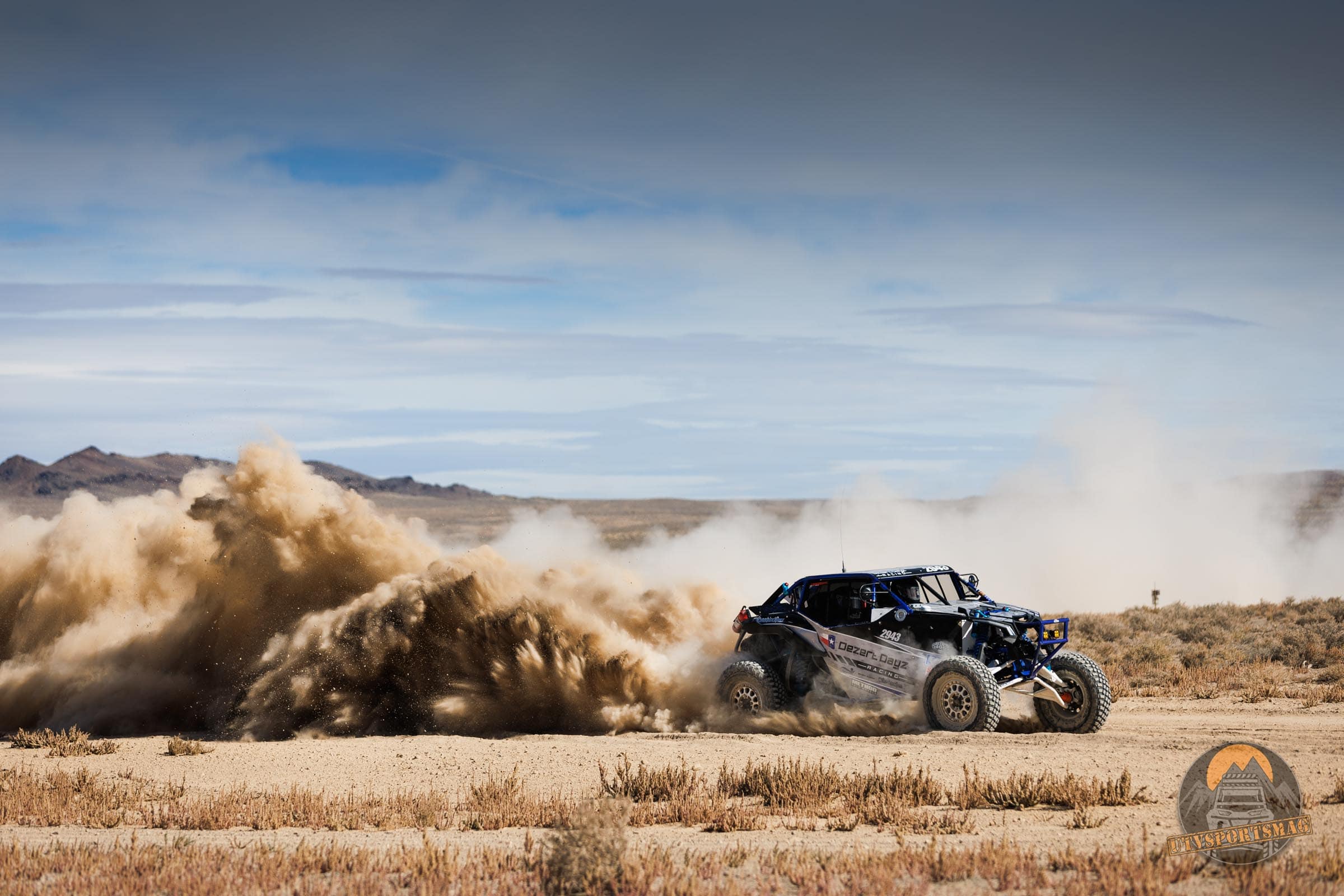 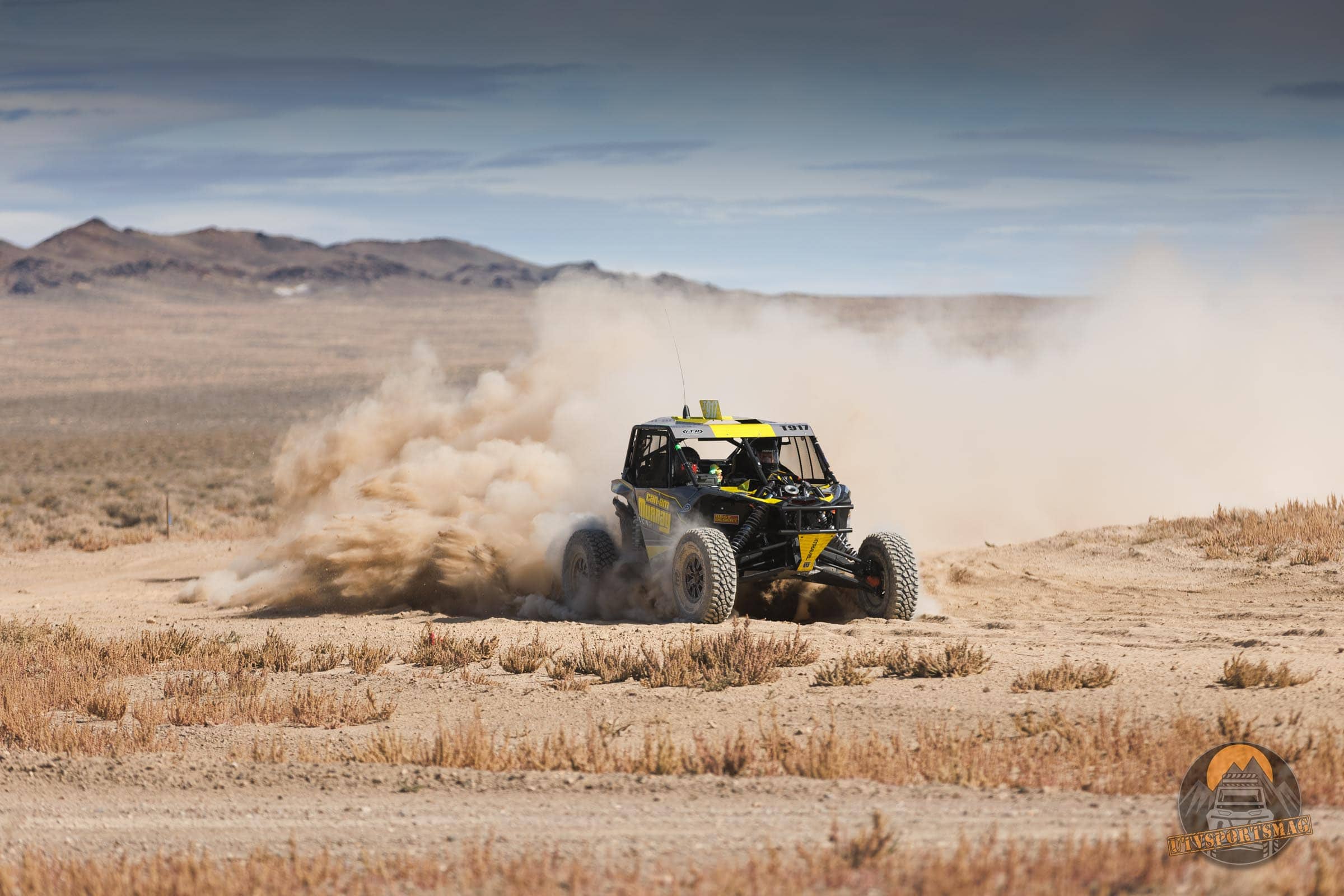 Similar to the Pro Turbo class up front, the Trophy Unlimited class saw some great competition. Third, fourth and fifth place finished ninth, tenth and eleventh overall. Third place Chris Blais finished only seconds ahead of fourth place Dan Fisher. Taking a top five was “the cowboy”, Donald Cerrone. Taking the win in Super Stock was Mitchell Alsup who finished a minute behind Cerrone. Also on the podium with Alsup was 15 years old Alexia Leaming in second. In the Pro N/A class Josh Row took the top spot followed by Cadence Cowan in second.

It’s not clear if the Hare and Hound will return to Tonopah next season or be raced elsewhere, but it sounds like everyone had a lot of fun on the course. The Hare and Hound is on the schedule for February 17th through the 19th after the season opener in Parker January 4th through 9th. As it will be the second race of the season for UTVs we expect a significant change in season dynamics. If it does return to Tonopah, those who ran this race will have a leg up on the competition in the early part of the season. We will have to wait and see, but I’m thinking many would like that. All results posted are unofficial. To see the full current results, visit: https://bitd.com/race-results/ 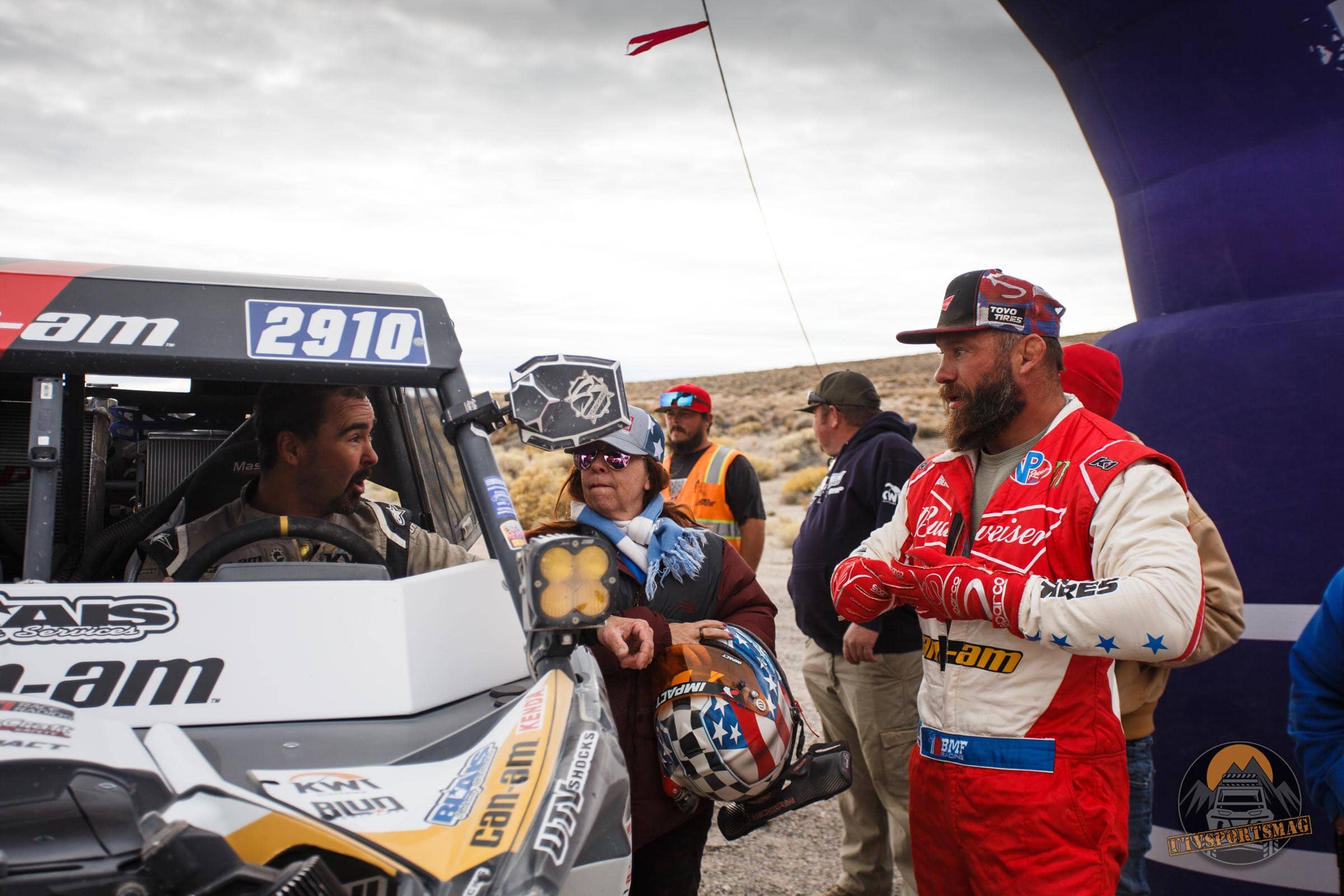